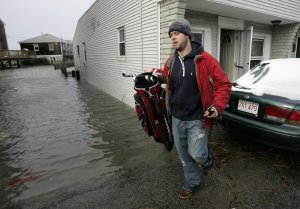 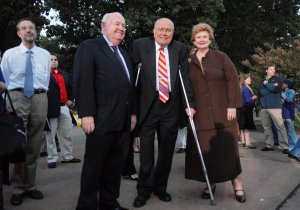 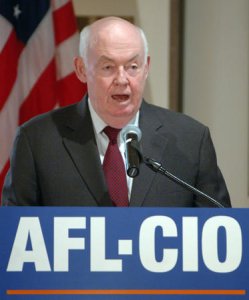 Entertainment News // 1 year ago
Sony announces new PS4 Pro console inspired by 'Last of Us Part II'
Sony announced a new "The Last of Us Part II"-themed PlayStation 4 Pro console will launch alongside the game on June 19.
World News // 7 years ago
BBC apologizes to university students over North Korea documentary
The British Broadcasting Corp. said in London Monday it will apologize for using a university trip to North Korea to shoot a documentary film.
Special Reports // 8 years ago
BBC in row over reporter traveling with student group
The BBC refuses to apologize after one of its reporters went undercover accompanying a group of British students traveling into North Korea.
U.S. News // 9 years ago
Gov. Christie cuts $900M from N.J. budget
Republican Gov. Chris Christie vetoed $900 million in spending as he signed the New Jersey state budget.
World News // 1 decade ago
Brit guilty of 2 deaths, suspect in 5 more
British authorities say an English carpenter convicted Monday of beheading two women is suspected of slaying five more people.
Business News // 1 decade ago
AFL-CIO head softens card-check support
A top U.S. labor leader says he's open to a compromise in stalled legislation making it easier for unions to organize by mandating a "card-check" system.
Top News // 1 decade ago
Big labor pushes back in healthcare fray
Big labor jumped into the healthcare fray Thursday, calling on union members to counter "far-right and corporate-backed" opponents of reform.
Defense News // 1 decade ago
Il-76 transports give Chavez power across Latin America
It isn't easy to build reliable heavy military air transport aircraft, or military air lifters. Currently only the United States and Russia have mastered the job, and the European aircraft industry, led by Germany and France, is trying to join them. But other nations have been forced to take different routes.
Top News // 1 decade ago
Obama win spurs unions to renew mission
Unions are using the election of U.S. President-elect Barack Obama as a springboard to reorganize and renew the labor movement, leaders say.
Entertainment News // 1 decade ago
Skinner tabbed to host profanity special
British comedian Frank Skinner, known for his routine use of swear words, will host a TV special on profanity, the BBC says.

The work being done by worker centers and NDLON in particular is some of the most important work in the labor movement today, and it's time to bring our organizations closer together

Despite the conflicts and even the divisions we've suffered, I think we all feel a new sense of clarity about our mission and new energy propelling us toward our goals

We will not allow women, people of color, gay or lesbian workers or brothers and sisters with disabilities to be denied the fruits of their labor in the workplace

Sweeney moved to Ontario in his youth, and was educated at the University of Toronto, receiving a Bachelor of Arts degree and a Master's Degree in Education. A devout Roman Catholic, Sweeney served as the Waterloo Catholic District School Board's first director of education from 1969 until 1975 when he entered provincial politics with his election to the Legislative Assembly of Ontario as a Liberal Member of Provincial Parliament (MPP). Sweeney defeated Progressive Conservative Morley Rosenberg by 1,745 votes in Kitchener—Wilmot in the 1975 election, and was re-elected with increased majorities in the elections of 1977 and 1981.

He was a candidate in the 1982 Liberal leadership convention, but was eliminated on the first ballot, finishing last in a field of five candidates with only 122 votes.

FULL ARTICLE AT WIKIPEDIA.ORG
This article is licensed under the GNU Free Documentation License.
It uses material from the Wikipedia article "John Sweeney."
Back to Article
/