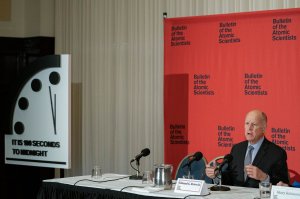 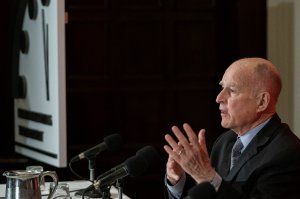 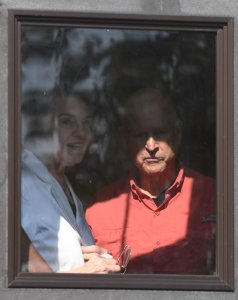 U.S. News // 7 months ago
California prepares to increase minimum wage to $15 for 2022
The minimum wage for many California workers will rise to $15 per hour on Jan. 1, more than twice the federal minimum.

U.S. News // 2 years ago
Calif. considers formal apology for state's role in WWII Japanese internments
The state of California would issue an official apology to all Americans of Japanese descent who were forced into internment camps during World War II under a bill being considered this week.

U.S. News // 2 years ago
San Francisco eliminates money bail for low-risk offenders
Prosecutors in San Francisco will no longer seek money bail for criminal defendants who are deemed to pose little risk to public safety under a new policy instituted by the city.

U.S. News // 2 years ago
Scientists move 'Doomsday Clock' to latest time in history
The Bulletin of Atomic Scientists on Thursday moved up its "Doomsday Clock" to 100 seconds before midnight -- the closest it's ever come to symbolic world destruction in the gauge's 73-year history.

Top News // 2 years ago
The Almanac
On Sept. 15, 1963, four black girls were killed in the bombing of a church in Birmingham, Ala. Two black teenage boys were fatally shot later in rioting.

U.S. News // 3 years ago
California to require Trump's tax returns for 2020 ballot spot
California Gov. Gavin Newsom on Tuesday signed a bill requiring President Donald Trump to release his tax returns before the state will put his name on the 2020 presidential ballot.

The Legislature stepped up and made some very tough cuts today

When you folks say, 'No. No vote. No plan. No,' that's not American. It's not acceptable, and it's not loyalty to California

It's going to be much, much worse if we cannot get the vote of the people and the tax extensions

I'm not going to have these private meetings with the Republicans, because they have no one thing they want

Both before and after his first two terms as governor, Brown was elected to a number of state, local and party offices. Brown previously served as a member of the Los Angeles Community College District Board of Trustees (1969–1971), Secretary of State of California (1971–1975), chairman of the California Democratic Party (1989–1991), Mayor of Oakland (1999–2007) and Attorney General of California (2007–2011).

At the time of his election to a third, non-consecutive term as governor, on November 2, 2010, Brown was serving as the 31st Attorney General of California, an elected position. Brown was formally inaugurated as governor on January 3, 2011, the 28th anniversary of the end of his last term. During his first term (as California's 34th Governor), he was the sixth-youngest Governor of that state. Upon his inauguration as California's 39th Governor, he became its oldest serving governor. At the age of 73, Brown is also the oldest currently serving governor in the United States.

FULL ARTICLE AT WIKIPEDIA.ORG
This article is licensed under the GNU Free Documentation License.
It uses material from the Wikipedia article "Jerry Brown."