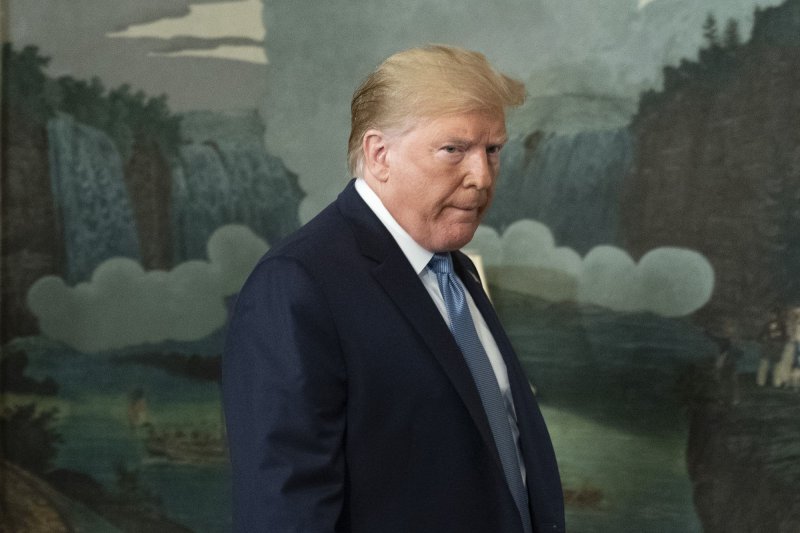 Aug. 6 (UPI) -- President Donald Trump on Tuesday sued the state of California over its new law requiring presidential candidates to release their tax returns to be eligible to appear on the 2020 primary ballot.

Trump and his personal lawyer, William Consovoy, said the new law represents an "unconstitutional qualification" and violates the First Amendment.

California Gov. Gavin Newsom signed the law July 30, requiring any candidate running for president or governor to submit the past five years of tax returns to the secretary of state. The state would then publish the information online.

The same information is not required for a candidate's name to appear on the general election ballot.

Former California Gov. Jerry Brown vetoed a similar law two years ago, saying it opens up the possibility for the state to implement even more requirements for candidates.

Trump has been under pressure for years to release his tax returns, but has refused, saying they're under audit.

"There's an easy fix Mr. President -- release your tax returns as you promised during the campaign and follow the precedent of every president since 1973," he said.