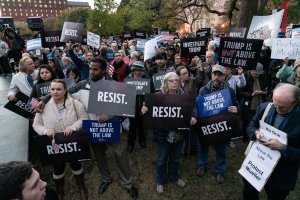 U.S. News // 6 months ago
GOP wins in Senate with McConnell, Graham and Tuberville; Colo. flips a seat blue
Republicans held onto a narrow lead in the fight to keep control of the U.S. Senate with wins in Kentucky, South Carolina and Alabama, while Democrats flipped a seat blue in Colorado.

U.S. News // 6 months ago
Democrats eye several Senate races that could flip party control
After the race for president and vice president, the highest stakes in Tuesday's election lie in the U.S. Senate, with a possibility that Democrats could retake control.

U.S. News // 9 months ago
Jeff Sessions loses bid to regain Senate seat in Alabama primary
A slate of primary elections on Tuesday determined the challengers this fall for incumbent Sens. Doug Jones of Alabama, John Cornyn of Texas and Susan Collins of Maine.

She disallowed them from the normal recruitment process on campus. She went out of her way to do so

I'm not sure exactly what (the president) meant by that

I think you've got to be careful about that. I don't believe that is a fundamental judgment call on whether a person can be a good judge or not

I hope we do not do that. I voted against (successful Obama nominee Justice Sonia) Sotomayor, but that was not a filibuster, and I think we'll just see how it plays out. Depends on the quality of the nominee

I don't think the people of New York want this trial anywhere in their state or their city ...

Jefferson Beauregard "Jeff" Sessions III (born December 24, 1946) is the junior United States Senator from Alabama. First elected in 1996, Sessions is a member of the Republican Party. He serves as the ranking minority member on the Senate Budget Committee.

Jefferson Beauregard Sessions III was born in Selma, Alabama, the son of Abbie (née Powe) and Jefferson Beauregard Sessions, Jr. His father owned a general store and then a farm equipment dealership. Sessions grew up in the small town of Hybart. In 1964 he became an Eagle Scout. In his adult life, he became a recipient of the Distinguished Eagle Scout Award from the Boy Scouts of America.

FULL ARTICLE AT WIKIPEDIA.ORG
This article is licensed under the GNU Free Documentation License.
It uses material from the Wikipedia article "Jeff Sessions."
Back to Article
/