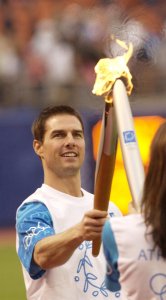 Janet Beth Evans (born August 28, 1971) is a American competitive swimmer who specializes in distance freestyle. She recently announced her comeback to the sport with intentions to swim in the 2012 Olympic Trials.

Evans was distinctive for her unorthodox "windmill" stroke and her apparently inexhaustible cardiorespiratory reserves. Slight of build and short of stature, she more than once found herself competing and winning against bigger and stronger athletes, some of whom were subsequently found to have been using performance-enhancing drugs.

FULL ARTICLE AT WIKIPEDIA.ORG
This article is licensed under the GNU Free Documentation License.
It uses material from the Wikipedia article "Janet Evans."
Back to Article
/