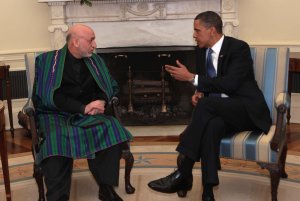 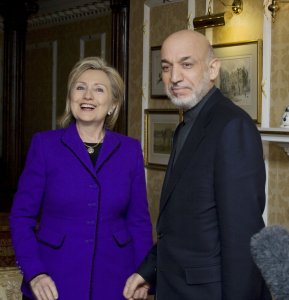 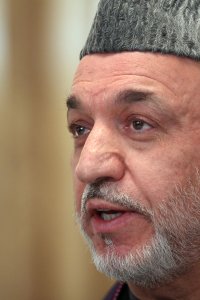 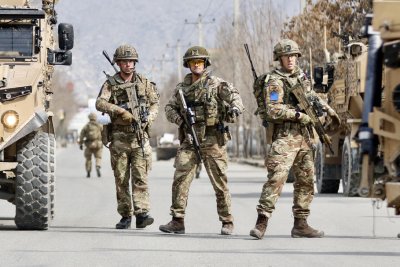 World News // 4 months ago
At least 27 killed in attack on Kabul ceremony
More than two dozen people were killed Friday at a ceremony in Kabul, Afghanistan, that included some of the nation's political elite, authorities said.

World News // 1 year ago
Afghanistan opens peace summit amid talks with U.S., Taliban
More than 3,200 delegates opened Afghanistan's grand council Monday as leaders throughout the country hope to find some consensus on peace negotiations with the Taliban.

World News // 1 year ago
11 now dead in terror attack on Afghan political event
Authorities said Friday 11 people have now died and nearly 100 were injured in a terrorist attack on a political gathering in Afghanistan's capital.

World News // 1 year ago
Unsanctioned peace talks between Taliban, Afghan advocates 'fruitful' in Russia
The Taliban had "fruitful" peace talks with Afghan political leaders in Moscow this week to talk about a new constitution and an interim government.

World News // 1 year ago
Pakistan releases Taliban co-founder amid Afghan peace talks
One of the Taliban's founding members has been released from detention in Pakistan, a move that could be part of wider U.S. peace talks with the Afghan group.

World News // 2 years ago
Suicide bomber kills at least 17 at funeral for Afghan official
At least 17 people were killed in a suicide bombing in Afghanistan Sunday that targeted the funeral of a local official.

The things that have been said about President Karzai are not new. They've been alleged in the media in the past and we are not surprised

No one wants foreigners in their country. And the whole point of what we're doing is transitioning to Afghan lead and Afghan responsibility

Hamid Karzai, GCMG (Pashto: حامد کرزی, Ḥāmid Karzay; born 24 December 1957) is the 12th and current President of Afghanistan, taking office on 7 December 2004. He became a dominant political figure after the removal of the Taliban regime in late 2001. During the December 2001 International Conference on Afghanistan in Germany, Karzai was selected by prominent Afghan political figures to serve a six month term as Chairman of the Interim Administration.

Karzai was born on 24 December 1957 in the village of Karz, located on the edge of Kandahar City in southern Afghanistan. He is an ethnic Pashtun of the Popalzai tribe. His father, Abdul Ahad Karzai, served as the Deputy Speaker of the Parliament during the 1960s. His grandfather, Khair Mohammad Khan, had served in the 1919 Afghanistan's war of independence and as the Deputy Speaker of the Senate. Karzai's family were strong supporters of Zahir Shah, the last king of Afghanistan. His uncle, Habibullah Karzai, served as representative of Afghanistan at the UN and is said to have accompanied King Zahir Shah in the early 1960s to the United States for a special meeting with U.S. President John F. Kennedy.

FULL ARTICLE AT WIKIPEDIA.ORG
This article is licensed under the GNU Free Documentation License.
It uses material from the Wikipedia article "Hamid Karzai."
Back to Article
/