Defense News // 3 weeks ago
GAO to investigate racism in Veterans Administration
The Government Accountability Office plans to investigate claims of systemic racism within the Department of Veterans Affairs, according to lawmakers. 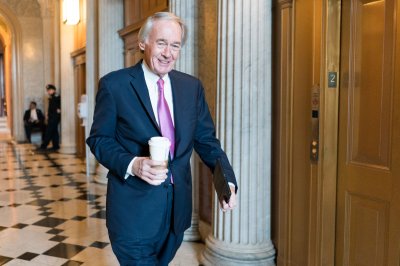 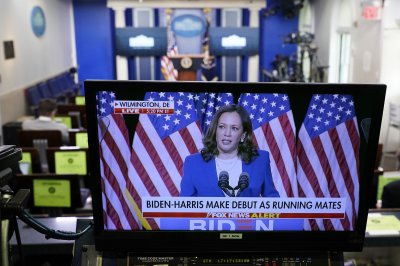 Right now there are seven agencies in Washington, each of which owns a piece of consumer financial regulation. And each of which competes and puts out lots of thou shall not and you can't and you must and that sort of thing

There's been an enormous bubble in commercial real estate, and it has to come down

We need someone in Washington ... who looks at the products not from the point of view primarily of bank profitability, but what it means to families and the economy

We're not going to see any movement on iPods, big-screen TVs, or even real estate

Elizabeth Warren (born Elizabeth Herring; June 22, 1949) is an American attorney and law professor. She served as Assistant to the President and Special Advisor to the Secretary of the Treasury for the Consumer Financial Protection Bureau. She is also the Leo Gottlieb Professor of Law at Harvard Law School, where she has taught contract law, bankruptcy, and commercial law. In the wake of the 2008-2011 financial crisis, she became the chair of the Congressional Oversight Panel created to oversee the U.S. banking bailout (formally known as the Troubled Assets Relief Program). She long advocated for the creation of a new Consumer Financial Protection Bureau, which was established by the Dodd-Frank Wall Street Reform and Consumer Protection Act signed into law by President Barack Obama on July 21, 2010. As the special advisor she worked on implementation of the CFPB.

On May 24, 2010, Time magazine called Warren, Federal Deposit Insurance Corporation Chairman Sheila Bair, and Securities and Exchange Commission Chairman Mary Schapiro the "New Sheriffs of Wall Street" in a cover story. On September 17, 2010, she was named a special adviser by President Obama to oversee the development of the new Consumer Financial Protection Bureau. The position included the responsibility of recommending a director for this new entity. She was not chosen for the post, with Obama instead nominating Richard Cordray, prior to congressional approval. On August 18, 2011, she launched an exploratory committee for the Massachusetts United States Senate seat currently held by Scott Brown.

Elizabeth Warren was born Elizabeth Herring in Oklahoma City, the daughter of Pauline and Donald Herring. At 16, she became a state champion debater. At 19, she married Jim Warren, and transferred from George Washington University to the University of Houston. She earned a B.S. in 1970. Warren went on to study law at the Rutgers School of Law–Newark, where she served as an editor of the Rutgers Law Review, and was one of two female summer associates at Cadwalader, Wickersham & Taft's Wall Street office. She received her Juris Doctor in 1976. After law school, Warren worked from home, writing wills and doing real estate closings for walk-in clients. She divorced Warren in 1978, and later married Bruce Mann.

FULL ARTICLE AT WIKIPEDIA.ORG
This article is licensed under the GNU Free Documentation License.
It uses material from the Wikipedia article "Elizabeth Warren."
Back to Article
/