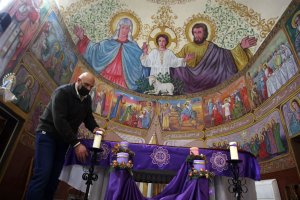 U.S. News // 9 years ago
Falling TV kills 4-year-old girl
A 4-year-old child died in her mother's Chicago home after a television tipped off a table and landed on her, the child's father said.
Business News // 9 years ago
In Britain, a day for feeling blue
Britain tipped its hat to the blues Monday, declaring it the gloomiest day of the year amidst a still-sour economy.
Science News // 9 years ago
Drought continues in England
Much of England remains under the threat of drought with bans looming on washing cars, watering gardens and filling swimming pools, officials said.
U.S. News // 9 years ago
California mortuary fire extinguished
Firefighters put out a fire that may have started in a Christmas tree at a Gardena, Calif., mortuary, officials said.
World News // 9 years ago
U.N. to Nigeria: End sectarian violence
The U.N. human rights leader Thursday urged Nigeria's political and religious leaders to be bold to try to end sectarian violence wracking the country.
Special Reports // 9 years ago
Pillay sees signs of atrocities in Nigeria
Members of the Islamic sect Boko Haram could be responsible for crimes against humanity in Nigeria, the U.N. high commissioner for human rights said.
Odd News // 9 years ago
Scottish woman moves pony into house
A Scottish woman said her Connemara pony is "very happy" to be living in the downstairs part of her house.
U.S. News // 9 years ago
Doctor accused of giving girlfriend herpes
A businesswoman has filed suit in New York accusing a disgraced Texas hand surgeon of infecting her with a sexually transmitted disease.
World News // 9 years ago
Some U.K. farmers want frosty weather
British growers of a very special crop -- so-called "forced" rhubarb -- say the country's unseasonably mild weather threatens their livelihood.
Odd News // 9 years ago
Retailer: Economy doesn't stop wine
The chief executive of one of Britain's largest wine retailers said the economy did not stop Britons from splurging on high quality wines during the holidays. 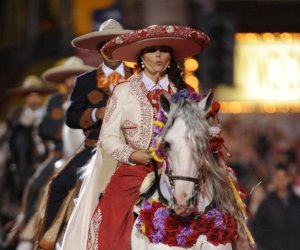 FULL ARTICLE AT WIKIPEDIA.ORG
This article is licensed under the GNU Free Documentation License.
It uses material from the Wikipedia article "Christmas."
Back to Article
/