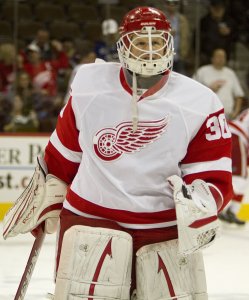 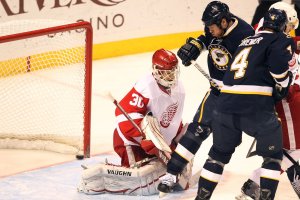 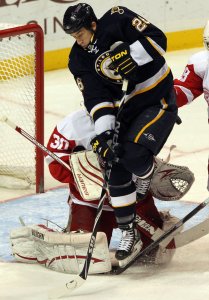 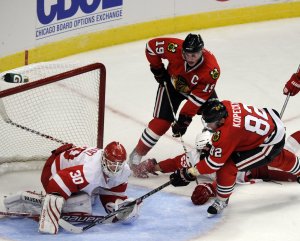 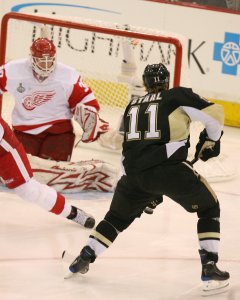 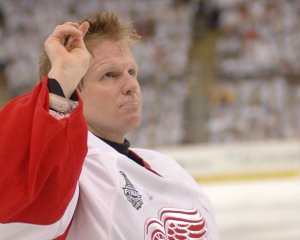 Christopher John Osgood (born November 26, 1972) is a retired Canadian professional ice hockey goaltender. He currently ranks tenth in wins in NHL regular season history with 401 career wins. He spent the first part of his 17-year NHL career with Detroit, then the New York Islanders and the St. Louis Blues before returning to Detroit in 2005. He won three Stanley Cup championships in his career, all with the Red Wings, with two of them coming while he was starting goaltender. He was known in Detroit by his nicknames "Ozzie," chanted by the crowd after a big save, and "The Wizard of Oz."

He was the last NHL goalie to wear a traditional player's helmet/cage combo instead of the newer one piece goalie mask and probably will stay the last because he was grandfathered by the NHL. He is also one of only nine goaltenders in NHL history to have scored a goal, and one of only five to have scored by shooting the puck directly into the opponent's net (not an "own goal"), on March 6, 1996 vs. the Hartford Whalers.

Chris Osgood was drafted 54th overall by the Red Wings in the 3rd round of the 1991 NHL Entry Draft and made his debut during the 1993–1994 season.

FULL ARTICLE AT WIKIPEDIA.ORG
This article is licensed under the GNU Free Documentation License.
It uses material from the Wikipedia article "Chris Osgood."