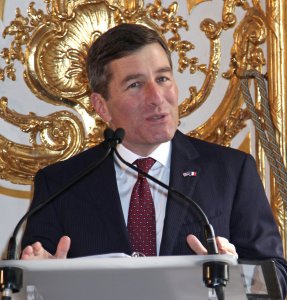 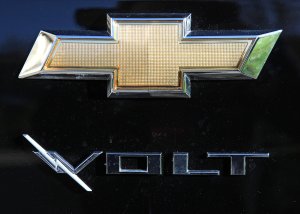 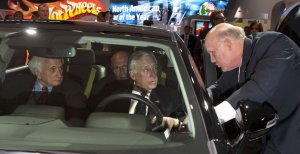 U.S. News // 2 years ago
Power struggle hindering U.S. growth of renewable energy, experts say
As more options for green technologies emerge in the U.S., there's a power struggle for control of the electricity market -- between customers and vendors of solar power and utilities that deliver and sell to the masses.

U.S. News // 4 years ago
GM to close Detroit passenger car factory for six weeks
General Motors will close a Detroit plant until the end of the year and scale back its assembly line production next year, the company said Thursday.

Business News // 6 years ago
GM and LG team up to make Chevrolet Bolt EV
General Motors and LG Electronics announced a partnership to build the new Chevrolet Bolt EV that will travel more than 200 miles for a single charge.

The Chevrolet Volt is a plug-in hybrid electric vehicle manufactured by General Motors. The Volt has been on sale in the U.S. market since mid-December 2010, and is the most fuel-efficient compact car sold in the United States, as rated by the United States Environmental Protection Agency (EPA).

According to General Motors the Volt can travel 25 to 50 miles (40 to 80 km) on its lithium-ion battery alone. The EPA official all-electric range is 35 miles (56 km), and the total range is 379 miles (610 km). The EPA rated the Volt's combined city/highway fuel economy at 93 miles per gallon gasoline equivalent (MPG-e) in all-electric mode, and at 37 mpg-US (6.4 L/100 km; 44 mpg-imp) in gasoline-only mode, for an overall combined gas-electric fuel economy rating of 60 mpg-US (3.9 L/100 km; 72 mpg-imp) equivalent (MPG-e). The Volt operates as a pure battery electric vehicle until its plug-in battery capacity is depleted; at which point its gasoline engine powers an electric generator to extend the vehicle's range. The Volt's regenerative braking also contributes to the on-board electricity generation. In order to improve performance, the internal combustion engine may at times be engaged mechanically to assist both electric motors to propel the Volt.

The suggested retail price for the 2011 Chevrolet Volt in the U.S. starts at US$40,280 before the US$7,500 U.S. federal tax credit and additional incentives are available in some locations. The 2012 Volt base price will be US$1,005 less than the 2011 model, as the base configuration has been defeatured. The 2011 Volt is being sold only in selected U.S. markets and nationwide availability of the 2012 model year is expected by November 2011. The 2012 Volt will be available in Canada in the third quarter of 2011, and the suggested retail price starts at CAD 41,545 (US$43,568) before any available rebates. The initial Canadian launch is also limited to selected markets and availability in the rest of Canada is expected before the end of 2012. In the Eurozone the Volt platform will be sold as the Opel/Vauxhall Ampera, and is expected to be sold for about €42,900 (US$58,000) including VAT before any government incentives. In the United Kingdom the Vauxhall Ampera is expected to be priced at GB£33,995. Exports to Europe and China are scheduled for late 2011.

FULL ARTICLE AT WIKIPEDIA.ORG
This article is licensed under the GNU Free Documentation License.
It uses material from the Wikipedia article "Chevrolet Volt."