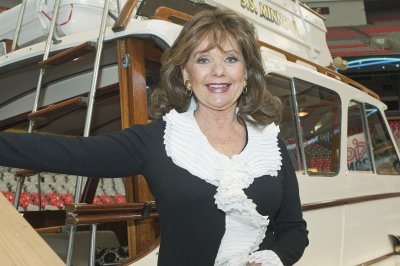 Entertainment News // 8 months ago
Dawn Wells, Mary Ann of 'Gilligan's Island,' dead of COVID-19 at 82
Dawn Wells, an actress best known for her role as Mary Ann in 1960s sitcom "Gilligan's Island," died Wednesday in Los Angeles of causes related to COVID-19, her publicist announced. She was 82.

Robert Osbourne "Bob" Denver (January 9, 1935 – September 2, 2005) was an American comedic actor best known for his role as Gilligan on the television series Gilligan's Island. Prior to Gilligan's Island, he played Maynard G. Krebs, a beatnik, on the 1959-1963 TV series The Many Loves of Dobie Gillis.

Denver was born in New Rochelle, New York, and reared in Brownwood in central Texas. He graduated from Loyola University (predecessor to today's Loyola Marymount University) in Los Angeles, California. He first found work as a mailman. He would later coach physical education and teach mathematics at Corpus Christi School, a Roman Catholic elementary school in Pacific Palisades.

He costarred with Dwayne Hickman on The Many Loves of Dobie Gillis in 1959. Hickman, also a Loyola graduate, played the title role and Denver played Maynard G. Krebs. Also in the series was Sheila Kuehl, who played Zelda, and Steven Franken, who played the dilettante playboy Chatsworth Osborne, Jr. While he was on Dobie Gillis, Denver also appeared on the NBC interview program Here's Hollywood. He also had a small role as an unrequited lover on the Andy Griffith Show. Credited as "Robert Denver," he landed a small role in the 1963 James Stewart film, Take Her, She's Mine, playing a beatnik poet working at a coffee shop named "The Sleeping Pill." Denver also appeared in the 1964 beach movie For Those Who Think Young with Tina Louise prior to the development of Gilligan's Island. Denver also appeared in the 1967 comedy film Who's Minding the Mint.

FULL ARTICLE AT WIKIPEDIA.ORG
This article is licensed under the GNU Free Documentation License.
It uses material from the Wikipedia article "Bob Denver."
Back to Article
/