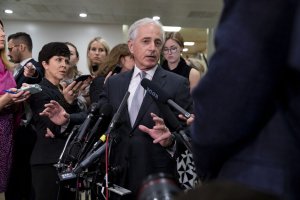 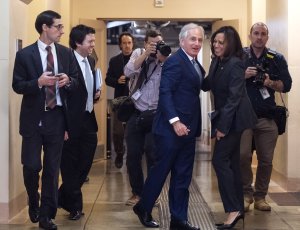 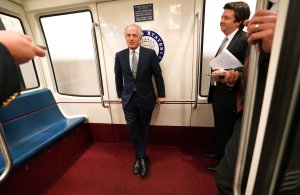 U.S. News // 3 years ago
Trump skips deadline for decision on Khashoggi killing
President Trump declined to meet senators' deadline for him to identify who is behind Jamal Khashoggi's death and decide if there should be U.S. sanctions.

U.S. News // 3 years ago
Early votes could push midterm turnout above 50 percent
More than 35 million people cast an early or absentee vote for the 2018 elections, an increase of more than 58 percent from 2014, preliminary data indicates.

U.S. News // 3 years ago
Turnout high in midterm elections as 11 more states open early voting
Eleven states and the District of Columbia begin early voting this, including those with some of the hottest Senate and gubernatorial races.

World News // 3 years ago
Turkish president: Details of reporter's killing, Saudi cover-up to be revealed
Turkish President Recep Tayyip Erdogan said he will reveal all the details of the death of Saudi journalist Jamal Khashoggi in a speech to lawmakers Tuesday.

There's no question, the bill will come to the floor

I'm hoping that those will be taken down or else I don't think the future of the START treaty over the next several days is going to be successful, based on what I'm watching

Robert Phillips "Bob" Corker, Jr. (born August 24, 1952) is the junior United States Senator from Tennessee. Before his election to the Senate in 2006, he served as mayor of Chattanooga, Tennessee from 2001 to 2005. Corker was a successful businessman prior to holding public office.

Born in Orangeburg, South Carolina, Corker moved to Tennessee at the age of 11. He graduated from Chattanooga High School in 1970. He earned a Bachelor of Science degree in Industrial Management from the University of Tennessee, Knoxville in 1974. Corker is a member of Sigma Chi fraternity. He and his wife Elizabeth, whom he married on May 18, 1987, have two daughters. The family's permanent residence is at the Anne Haven mansion built by Coca-Cola Bottling Company heirs Anne Lupton and Frank Harrison.

After working four years as a construction superintendent, he started his own construction company, Bencor, which he sold in 1990. In 1999, he purchased the two largest real estate companies in Chattanooga, Osborne Building Corporation and the Stone Fort Land Company, making him the largest private land owner in Hamilton County, Tennessee. He sold most of these holdings in 2006 to Henry Luken. His business successes have made Corker a multimillionaire.

FULL ARTICLE AT WIKIPEDIA.ORG
This article is licensed under the GNU Free Documentation License.
It uses material from the Wikipedia article "Bob Corker."