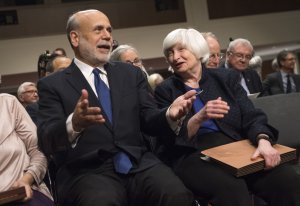 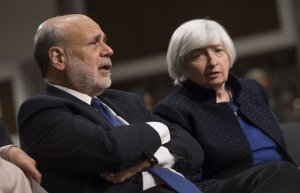 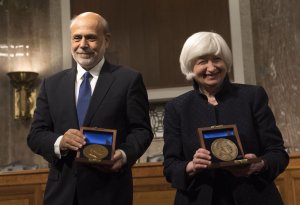 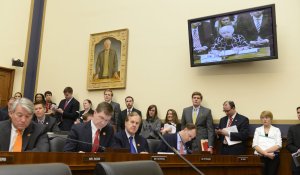 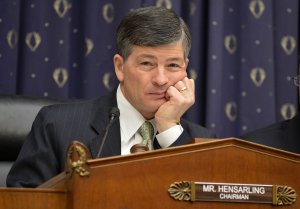 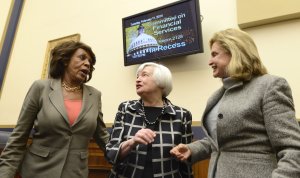 Top News // 10 months ago
On This Day: Birmingham church bombing kills 4 girls
On Sept. 15, 1963, four Black girls were killed in the bombing of a church in Birmingham, Ala. Two Black teenage boys were fatally shot later in rioting.

U.S. News // 1 year ago
Dow, S&P rise for second consecutive day, Nasdaq falls
The Dow Jones Industrial Average and the S&P 500 closed with consecutive gains for the first time in weeks on Wednesday ahead of a vote on a $2 trillion rescue package to stabilize the U.S. economy.

Voices // 1 year ago
It's time for the Fed to 'show us the money'
The Federal Reserve is 0 for 2 in its fight against Wall Street's coronavirus panic, seeming to confirm perceptions of the central bank's impotence.

After increasing at an annual rate of 2 3/4 percent in the second half of 2010, real gross domestic product rose at about a 2 percent rate in the first quarter of this year, and incoming data suggest that the pace of recovery remained soft in the spring

The possibility remains that the recent economic weakness may prove more persistent than expected and that deflationary risks might re-emerge, implying a need for additional policy support

Whether default is on securities, or on obligations to Medicare recipients, it's a default of some kind

We don't know where the economy is going to go

Ben Shalom Bernanke (English pronunciation: /bərˈnæŋki/ bər-nang-kee; born 1953) is an American economist, and the current Chairman of the Federal Reserve, the central bank of the United States. During his tenure as Chairman, Bernanke has overseen the response of the Federal Reserve to late-2000s financial crisis.

Bernanke was a tenured professor at Princeton University and was chair of the Department of Economics there from 1996 to September 2002, when he went on public service leave. From 2002 until 2005, he served as a member of the Board of Governors of the Federal Reserve System. Here he outlined the Bernanke Doctrine and first spoke of the Great Moderation, where he postulated that we are in a new era, where modern macroeconomic policy has decreased the volatility of the business cycle. He then served as Chairman of President George W. Bush's Council of Economic Advisers before President Bush appointed him to be Chairman of the United States Federal Reserve on February 1, 2006. Bernanke was confirmed for a second term as Chairman on January 28, 2010, after being nominated by President Barack Obama.

Bernanke was born in North Augusta, South Carolina, and was raised in a ranch-style house on East Jefferson Street in Dillon, South Carolina. His father Philip was a pharmacist and part-time theater manager, and his mother Edna was an elementary schoolteacher. He is the eldest of three children, having a brother and sister. His younger brother, Seth, is a lawyer in Charlotte, North Carolina, and his younger sister, Sharon, is a longtime administrator at Berklee College of Music in Boston.

FULL ARTICLE AT WIKIPEDIA.ORG
This article is licensed under the GNU Free Documentation License.
It uses material from the Wikipedia article "Ben Bernanke."
Back to Article
/