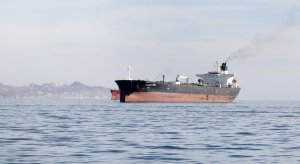 World News // 2 months ago
Iran releases South Korean tanker and crew captured at sea
Iran confirmed it has agreed to release a South Korea-flagged tanker, more than three months after it was captured in the Strait of Hormuz. 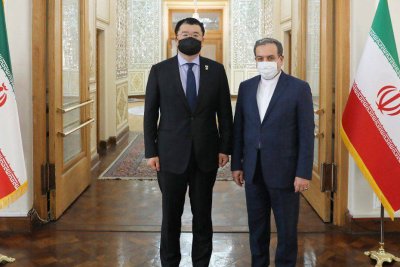 Voices // 5 months ago
Iranian gangsters desperate to blackmail Biden into ending sanctions
As the clock ticks down to Joe Biden's inauguration as U.S. president, the increasingly unstable theocratic regime in Iran is building up its litany of threats, blackmail and extortion in a bid to end sanctions.

Voices // 1 year ago
Stupidity, incompetence add to coronavirus danger in Iran
While the lies and deception over the coronavirus pandemic continue, the people of Iran are dying.

World News // 1 year ago
Iran frees British oil tanker after 2 months
Iranian officials on Monday released a British oil tanker it seized two months ago, a day ahead of a meeting between Prime Minister Boris Johnson and President Hassan Rouhani.

Bandar-Abbas (Persian: بندرعباس) or Bandar-e ‘Abbās (in Persian: بندر عباس; formerly known as Gombroon to English traders and Gamrun to Dutch merchants) is a port city and capital of Hormozgān Province on the southern coast of Iran, on the Persian Gulf. The city occupies a strategic position on the narrow Straits of Hormuz, and it is the location of the main base of the Iranian Navy. Bandar Abbas is the capital and also largest city of the province Hormozgān.It had an estimated population of 352,173 in 2005.

Bandar Abbas has always been a port, and as such its various names have all addressed this function. The most common name over time (Gameroon) has traditionally been said to derive from Persian gümrük, customhouse (from Late Greek kommerkion, from Latin commercium, "commerce"), but is now speculated to be from Persian kamrūn, shrimp (which in Portuguese is camarão, similar to the former Portuguese name).

The earliest record of Bandar Abbas is during the reign of Darius the Great (between 586 and 522 B.C.). Darius's commander, Silacus, embarked from Bandar Abbas to India and the Red Sea

FULL ARTICLE AT WIKIPEDIA.ORG
This article is licensed under the GNU Free Documentation License.
It uses material from the Wikipedia article "Bandar Abbas."
Back to Article
/