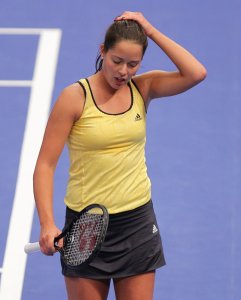 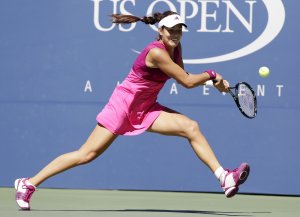 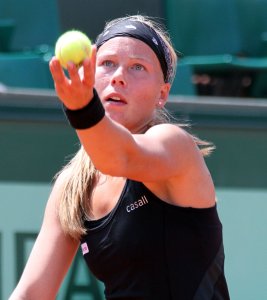 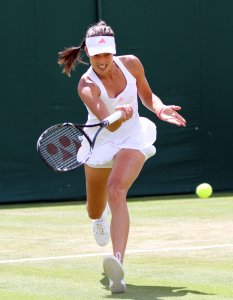 Sports News // 4 years ago
Simone Biles, Aly Raisman flaunt sculpted silhouettes in tiny bikinis
If you couldn't tell when they were wearing leotards, the secret is definitely out now.

Sports News // 4 years ago
Ana Ivanovic to undergo toe surgery
Former World No. 1 Ana Ivanovic will sit out the rest of the season with injuries after a disastrous performance at the U.S. Open.

Sports News // 4 years ago
Novak Djokovic begins Wimbledon defense with easy win
World No. 1 and defending champion Novak Djokovic eased past wild card James Ward 6-0, 7-6 (3), 6-4 in the first round of Wimbledon on Monday.

Sports News // 4 years ago
Venus Williams reaches semifinals in Taiwan
Top-seeded Venus Williams beat Anastasija Sevastova of Latvia 7-5, 6-2 on Friday to advance to the semifinals of the Taiwan Open in Kaohsiung, Taiwan.

I have had a virus, but I don't know why my blood pressure was taken

Vera has been playing well the last couple of weeks, finishing runner-up at Moscow and qualifying for the Sony Ericsson Championships, so it will be a tough match

It was a tough match against a very good player

I am also mentally exhausted after the French Open -- I am not ready to compete so soon after winning my first Grand Slam. I have taken this decision with some regret and I hope I can finally play in Eastbourne next year

Ana Ivanović (Serbian Cyrillic: Ана Ивановић; Serbian pronunciation:  ( listen)) (born November 6, 1987, in Belgrade, SR Serbia, Yugoslavia) is a former World No. 1 Serbian tennis player. As of August 29, 2011, she is ranked World No. 19 on the WTA rankings. She beat Dinara Safina to win the 2008 French Open and was the runner-up in singles at the 2007 French Open and the 2008 Australian Open. Competing as a professional since 2003, she has won 10 WTA Tour singles titles.

Ivanović's mother Dragana, a lawyer, supports her daughter during most of her matches. Her father Miroslav, a self-employed businessman, attends as many events as he possibly can. Ana has a younger brother, Miloš, with whom she loves to play basketball.

Aside from her tennis career, Ivanović also studies finance at a university in Belgrade and Spanish in her spare time. Her inspiration to begin playing was Monika Seleš, who at that time played for Yugoslavia.

FULL ARTICLE AT WIKIPEDIA.ORG
This article is licensed under the GNU Free Documentation License.
It uses material from the Wikipedia article "Ana Ivanovic."
Back to Article
/