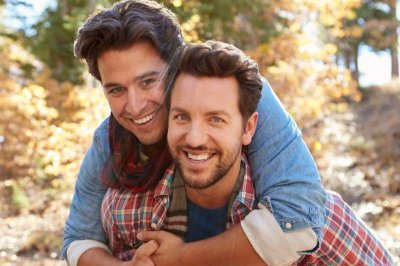 Health News // 1 year ago
Single 'gay gene' doesn't exist, large study concludes
A person's attraction to those of the same sex is shaped by a complex mix of genetic and environmental influences, similar to what's seen in most other human traits, researchers report.

Opinion // 4 years ago
What we can learn from Indonesian ethnicity that recognizes 5 genders
What if gender were viewed the same way sex researcher Alfred Kinsey famously depicted sexuality – as something along a sliding scale?

How about this potential scenario for the male acting award: Javier Bardem

From an acting point of view, I bare no relation

Alfred Charles Kinsey (June 23, 1894 – August 25, 1956) was an American biologist and professor of entomology and zoology, who in 1947 founded the Institute for Sex Research at Indiana University, now known as the Kinsey Institute for Research in Sex, Gender, and Reproduction, as well as producing the Kinsey Reports and the Kinsey scale. Kinsey's research on human sexuality, foundational to the modern field of sexology, provoked controversy in the 1940s and 1950s. His work has profoundly influenced social and cultural values in the United States and many other countries.

Alfred Kinsey was born on June 23, 1894, in Hoboken, New Jersey to Alfred Seguine Kinsey and Sarah Ann Charles. Kinsey was the eldest of three children. His mother had received little formal education; his father was a professor at Stevens Institute of Technology.

Kinsey's parents were poor for most of his childhood, and the family often could not afford proper medical care. This may have led to a young Kinsey receiving inadequate treatment for a variety of diseases including rickets, rheumatic fever, and typhoid fever. This health record indicates that Kinsey received suboptimal exposure to sunlight (the cause of rickets in those days before milk and other foods were fortified with vitamin D) and lived in unsanitary conditions for at least part of his childhood. Rickets led to a curvature of the spine, which resulted in a slight stoop that prevented Kinsey from being drafted in 1917 for World War I.

FULL ARTICLE AT WIKIPEDIA.ORG
This article is licensed under the GNU Free Documentation License.
It uses material from the Wikipedia article "Alfred Kinsey."
Back to Article
/