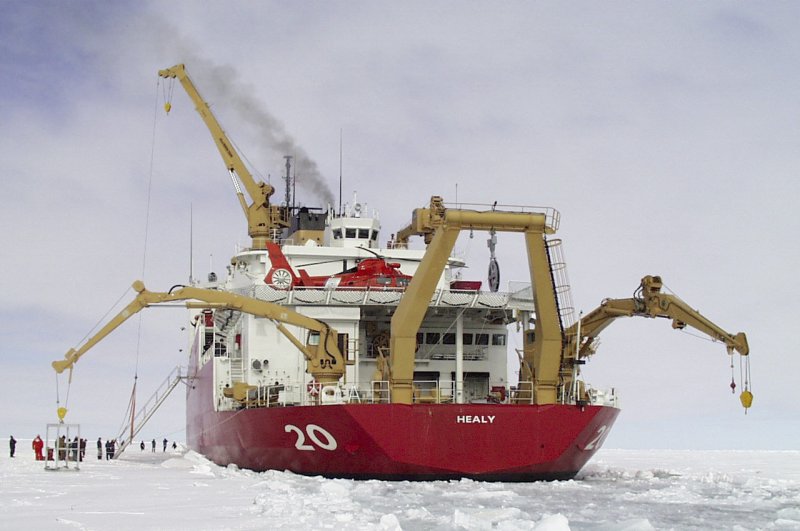 Sept. 24 (UPI) -- The Arctic has received relatively little military attention since the Cold War, but U.S. strategy is shifting toward a renewed focus on the region, reflecting increasing Russian military activity there.

Recent Arctic strategies by the Army, Air Force and Navy emphasize ways of improving operational capabilities and capacity in the region. In addition to its own efforts, U.S. forces could benefit by leveraging the knowledge and capabilities of partners and allies with extensive Arctic experience.

The extreme Arctic environment requires specialized equipment and procedures. Fluids ranging from lubricants to medications readily freeze, solids become brittle and electronics fail. People who tread into this environment wear specialized clothing simply to survive, but which encumbers dexterity and operational effectiveness. Extreme weather whips up the seas while piling ice onto ships and equipment and enveloping crews in blinding fog.

On land, runways and roads can be slick with ice, and the soil can be impenetrable to tent spikes. At the top of the world, unique polar ionospheric effects curtail communications, as do the vast distances within the region and from it to the rest of the world. Near-continuous darkness or sunlight can influence operational hours. Sparse infrastructure constrains the ability to provide logistical, medical, rescue and other support. Overall, materiel, concepts of operation, tactics and procedures designed for lower latitudes require considerable revision for the Arctic.

The United States does not need to meet these formidable, regionally specific challenges alone. Allies and partners with Arctic territories have adapted modern warfighting equipment, techniques and procedures for this environment and have been operating in these environments for decades. U.S. forces could apply lessons from, and use the same equipment as, these nations. Such cooperation is ongoing and takes the form of training, exercises and bilateral and trilateral agreements. At any given time, about 1,000 U.S. Marines are operating in northern Norway on a rotating basis. The United States has also recently signed agreements with Norway to build facilities on Norwegian bases.

Though Sweden and Finland are not NATO members, they cooperate closely with the alliance and the United States; both countries have facilities that the alliance can use for training, medical support and logistics. Finland is a leader in icebreaker ship building, while Sweden has some of the quietest and most effective submarine fleets, even besting a carrier task force in exercises off the Pacific Coast.

Denmark (which has sovereignty over Greenland), Canada and Iceland collectively provide specific capabilities, basing and infrastructure for logistics, communications, domain awareness, medical support, and rescue. Norway, Denmark and Canada also work with their Indigenous populations to strengthen Arctic awareness and improve operational procedures in this extreme region, policies that could be emulated in the Alaskan Arctic.

Other cooperative efforts include memoranda of understanding, like those signed to conduct collective polar research, development, test and evaluation projects through the International Cooperative Engagement Program for Polar Research. All of these nations contribute to intelligence, surveillance and reconnaissance. Non-Arctic NATO nations, such as Britain, the Netherlands and France, also operate and contribute frequently in the Arctic. All of these nations' hard-earned experience in the region are valuable not only for what they provide to the alliance, but also because the United States can continue to learn from them, copying their equipment and tactics to survive and operate in a harsh, remote region.

This continued learning from others may require a shift in mindset for U.S. forces, who are used to being the experts in the room and advising others on operating effectively. However, continuing to expand Arctic collaboration, mutual support and learning opportunities with U.S. allies and partners may enable U.S. forces to efficiently and rapidly become more capable in the region. Doing so may also improve interoperability as nations converge on shared best practices. These ongoing efforts could enable the United States and the wider NATO alliance to counter Russian threats in the Arctic and maintain the security of this extreme portion of the globe.

Fabian E. Villalobos is an associate engineer at the nonprofit, nonpartisan RAND Corp.

Voices // 12 hours ago
Older women smashing it this awards season -- but ageism is far from over
Jan. 30 (UPI) -- Older and middle-aged women are having their moment in the sun, it seems. The recent Golden Globes coverage was filled with images of "older" women on the red carpet. There were some notable wins, too.

Voices // 3 days ago
California's new climate plan could help speed world's energy transformation
Jan. 27 (UPI) -- California is embarking on an audacious new climate plan that aims to eliminate the state's greenhouse gas footprint by 2045 and in the process, slash emissions far beyond its borders.

Voices // 4 days ago
Beirut port blast: Ex-Lebanon prime minister charged with homicide
Jan. 26 (UPI) -- The investigation into the Beirut port explosion has taken a new turn, with the judge overseeing the probe charging a former prime minister and two other former ministers with homicide with probable intent.

Voices // 6 days ago
Veganism should be viewed as political movement rather than dietary choice
Jan. 24 (UPI) -- The start of a new year these days signals the launch of Veganuary, a campaign that encourages people to give up animal products for the month of January.

Voices // 1 week ago
Speaker Kevin McCarthy will be working under new rules that could stall action
Jan. 23 (UPI) -- Speaker of the House Kevin McCarthy is already facing the limits of his power. A single member of the House can threaten his speakership. And at least one Democrat is promising to do just that.

Voices // 1 week ago
American exceptionalism at work: 2 presidents mishandling documents
America is certainly an exceptional country. That was proven again last week. President Joe Biden, without authority or reason, mishandled classified documents. How could this happen after the Donald Trump fiasco?