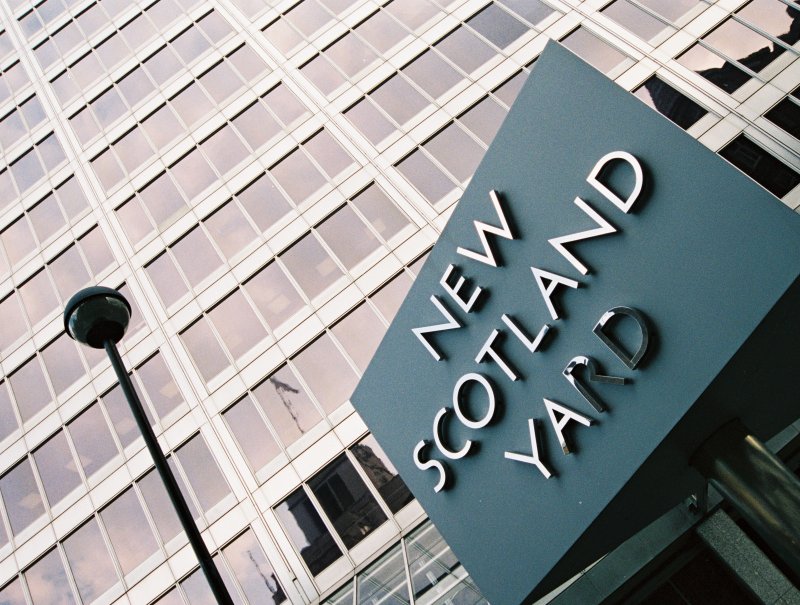 The police department determined that the officers posted several photos of the bodies of two murdered sisters to social media. The officers were assigned to patrol the crime scene in June 2020. File Photo courtesy London Metropolitan Police

Nov. 24 (UPI) -- London's Metropolitan Police Department said Wednesday that a review has found that two former officers were guilty of gross misconduct for sharing photographs of the bodies of two women who were killed last year.

The department said officers Jamie Lewis and Deniz Jaffer shared the photos on social media and referred to the victims -- two sisters who were killed in a London park -- as "dead birds."

The officers pleaded guilty to misconduct during a criminal trial and a tribunal by Scotland Yard on Wednesday upheld the court's finding. The court determined that the officers posted several photos of the bodies of the sisters -- Bibaa Henry, 46, and Nicole Smallman, 27 -- after they were assigned to patrol the crime scene in June 2020.

The department said Lewis would be fired immediately. Jaffer quit the police force in August. They will be sentenced next month on the misconduct charge.

The trial judge told Lewis and Jaffer that it's likely they will receive custodial sentences, which means mandatory time in prison or some other correctional facility.

"The behavior of [officers] Lewis and Jaffer that day was shameful and fell very far below the standards we expect of all our officers," Assistant Met Commissioner Helen Ball said in a statement Wednesday.

"We do not want officers who act in such an unprofessional and disrespectful manner to be part of the Metropolitan Police Service.

"We deeply regret the additional distress this matter has caused them. I am profoundly sorry, both personally and on behalf of the Met."

The man who killed the women, 19-year-old Danyal Hussein, was convicted and received two concurrent 35-year jail sentences. Officials said Hussein killed the sisters out of a deep obsession with Satanism.

World News // 16 hours ago
Afghanistan faces hunger, economic collapse, other crises one year after Taliban's return
Aug. 15 (UPI) -- The Taliban on Monday celebrated the one-year anniversary of their return to power in Afghanistan after U.S. forces ended a 20-year campaign, but experts say the country is now dealing with multiple crises.

World News // 8 hours ago
U.S. reports no casualties in 'ineffective' drone strike near U.S. base in Syria
Aug. 15 (UPI) -- U.S.-backed coalition leaders condemned an unsuccessful drone attack near the Tanf base in southeast Syria, which houses U.S. troops and their Syrian allies. U.S. forces reported no deaths, no injuries and no damage.

World News // 11 hours ago
Egypt church fire: Officials say smoke, stampede killed most of the dead
Aug. 15 (UPI) -- Egyptian authorities said on Monday that most of the deaths from a fire at a Coptic Christian church in Cairo were due to smoke inhalation the stampede of people rushing to get out.