Aug. 3 (UPI) -- Vitaly Shishov, the activist leader of a Belarus nonprofit that helps people leave the country under the regime of President Alexander Lukashenko, was found dead in Ukraine on Tuesday.

Shishov was found hanged in a park in Kiev, not far from where he lived, authorities said.

Investigators promised to follow all leads, including the possibility that Shishov's death was a murder disguised as a suicide.

Shishov's partner had reported him missing on Monday after he went for a jog and didn't return. Police said security cameras captured him leaving his house.

"He didn't get in touch again," said the group Belarusian House in Ukraine (BDU), which helps Belarusians in need, according to CNN.

"We combed the area where he usually jogged but found no trace of Vitali."

The group, which aids Belarusians fleeing persecution by finding them accommodation, employment and legal services, said Shishov was "under surveillance" and was considered a threat to Lukashenko's regime.

Ukraine, Poland and Lithuania have become points of destination for Belarusians escaping crackdowns against anti-government protests under Lukashenko.

Shishov's death came one day after Belarusian sprinter Krystina Tsimanouskaya refused to return to her home country on Monday from the Summer Olympics in Tokyo. She was given a humanitarian visa to enter Poland for asylum.

Tsimanouskaya said the Belarus Olympic committee had removed her from Olympic competition and tried to force her home, where she feared arrest for expressing criticisms.

World News // 7 hours ago
DHS accelerates flights to deport migrants to Haiti amid Texas border surge
Sept. 18 (UPI) -- The Department of Homeland Security said Saturday it has ramped up deportation flights to Haiti this weekend amid an increase in migrants at the border in Texas. 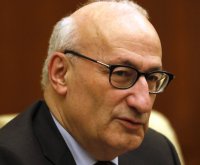 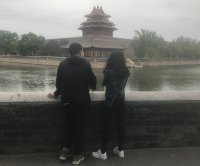