Erdogan: It's only 'matter of time' before Turkish forces fight in Idlib

Feb. 19 (UPI) -- Turkish President Recep Tayyip Erdogan issued a new threat to both Syria and Russia Wednesday, saying Ankara will conduct its own operations in Idlib after efforts failed to make it a safe haven for civilians.

The northwestern region of Syria, near the Turkish border, has been a flash-point as Syria's Moscow-backed government forces led an offensive to root out opposition fighters and the Kurdish-led Syria Democratic Forces. Turkey considers those fighters terrorists and says it has the right to drive them out of the one-time opposition stronghold.

Turkey and Russia had agreed in 2018 to turn Idlib into a de-escalation zone where civilians could avoid fighting, but Syria has recently led attacks into the province with the help of the Russian military. Civilians of the province have been driven out and most who have tried to escape to Turkey have been turned back.

"Like our previous operations, we say our operation may happen suddenly one night," Erdogan said Wednesday, pointing to three other cross-border strikes into northern Syria. "Frankly speaking, the Idlib operation is a matter of time. Turkey will not leave Idlib to the Assad regime and its backers, who have not comprehended the determination of our country regarding this matter."

Dmitry Peskov, a spokesman for Russian President Vladimir Putin, said Wednesday a new Turkish offensive in Idlib would be the "worst scenario" for the region.

"We are determined to continue to use our working contacts with our Turkish counterparts to prevent the situation in Idlib from escalating further," Peskov said.

Peskov added that the 2018 agreement had worked until terrorists took advantage of the cease-fire in the region.

"We were satisfied with those agreements ... and that was mutual satisfaction," he said. "However, we stopped being satisfied after militants and terrorist groups launched offensive operations against the Syrian armed forces and Russian military facilities." 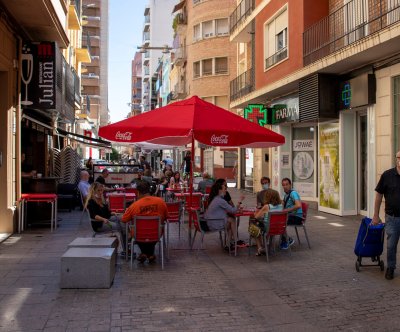