Crimea part of Russia on Apple Maps, but only within Russia

Russian and Crimea flags were on display when Russian President Vladimir Putin visited Sevastopol, Crimea, on March 14, 2018. This week Apple Maps changed its maps, seen only in Russia, to indicate that Crimea is Russian territory and no longer a part of Ukraine. File Photo by Yuri Gripas/UPI
| License Photo

When viewed on Apple products in Russia, the map shows Crimea as part of the Russian Federation, with the international border drawn to indicate Crimea is no longer part of Ukraine.

Most entities, including the United States and the European Union, have not recognized the 2014 annexation as legitimate, but Apple now joins Google, Yandex and several other tech firms acknowledging that Crimea is now a part of Russia.

Viewed on devices outside of Russia, the map remains the same as prior to the Russian invasion and annexation. Similarly, Google Maps includes Crimea as part of Russia, but only when viewed within Russia.

The Duma, Russia's lower house of Parliament, noted the correction of the "inaccuracy," adding that "Crimea and [the Crimean city of] Sevastopol now appear on Apple devices as Russian territory."

Russia has been clamoring for international recognition of its new border since the annexation, and Apple seeks to preserve its share of the Russian technology market, experts say. Apple Maps maintained Crimea as Ukrainian territory, but Russian authorities noted that they regard reference to Crimea as anything but Russian territory a criminal act.

"Our situation with Apple has now been resolved," said Vasily Piskaryov, security and anticorruption committee chairman of the Duma, Russia's lower house of Parliament. "We see that everything has happened the way we wanted it."

Ukrainian officials denounced Apple's move, which was the result of several months of negotiations with the Russian government.

"Apple, please stick to hi-tech and entertainment," Ukrainian Foreign Minister Vadym Prystaiko said in a tweet. "Global politics is not your strong side. Let me explain in your terms, @Apple. Imagine you're crying out that your design and ideas, years of work and piece of your heart are stolen by your worst enemy but then smb [somebody] ignorant doesn't give a damn about your pain. That's how it feels when you call #Crimea a Russian land."

Ukrainian politician and former world chess champion Garry Kasperov said in a tweet that "Software is soft power. American tech companies should stand up for the values of innovation that made their success possible, not bow down to dictators for a little extra cash they don't even need."

World News // 22 hours ago
Coronavirus cases slow in China as clusters grow worldwide
Feb. 25 (UPI) -- Chinese health officials on Tuesday reported 71 deaths from the coronavirus over the day prior, the lowest number it has recorded in a 24-hour period since early this month when daily death tolls were on the rise.

World News // 12 hours ago
U.S. airstrikes kill 4 IS fighters amid partial truce with Taliban
Feb. 25 (UPI) -- Four Islamic State fighters were killed by U.S. airstrikes in Afghanistan Tuesday during a seven-day partial truce between the United States and the Taliban, military officials said. 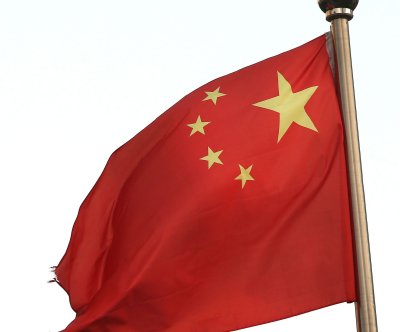 World News // 14 hours ago
Netanyahu to approve 3,500 Jewish homes on disputed 'E1' land
Feb. 25 (UPI) -- Israeli Prime Minister Benjamin Netanyahu said Tuesday he will approve building thousands of new Jewish settlements in a contested part of the West Bank that have been delayed for more than a quarter-century.

World News // 14 hours ago
Man who drove into carnival crowd injured 52, German police say
Feb. 25 (UPI) -- German authorities said Tuesday a man who drove into a carnival procession in Volksmarsen injured more than 50 people, and a man who stood by and filmed the crash might also be in some legal trouble.