Relatives welcome Ukrainian prisoners after their plane landed in Boryspil International Airport near of Kiev, Ukraine, on Saturday. Photo by Sergey Dolzhenko/EPA-EFE

Sept. 7 (UPI) -- Russia and Ukraine exchanged 35 prisoners each Saturday in what Ukrainian President Vladimir Zelensky said he hoped would be the first step toward reopening dialogue with Russia.

Planes landed nearly simultaneously in Kiev and Moscow, each loaded with prisoners returning home. Among the Ukrainian prisoners were 24 soldiers Russia detained after seizing three ships in the Kerch Strait in November.

The Ukrainian prisoners arrived at Boryspil International Airport and the Russian prisoners came to Vnukovo Airport.

Russian President Vladimir Putin said the swap was "a good step" toward normalizing relations between the two countries after the 2014 fighting that led to Russia's annexation of Crimea.

Zelensky said the two leaders finalized negotiations for the swap Saturday. Discussions began in May after Zelensky's election.

"We have agreed on the first stage of resuming our dialogue and ending the the war," Zelensky said, adding that he hopes Ukraine would "get back not only people but territories as well."

Defusing tensions with Russia was one of Zelensky's campaign promises. Meanwhile, Putin is likely viewing the prisoner swap as a way to ease discord with Europe, which placed sanctions on Russia after the annexation of Crimea.

World News // 55 minutes ago
Kim Jong Un: North Korea must be prepared for 'confrontation' with U.S.
SEOUL, June 18 (UPI) -- North Korean leader Kim Jong Un made his first public pronouncements on Biden administration on Friday, saying Pyongyang must be "prepared for both dialogue and confrontation" with Washington.

World News // 7 hours ago
Former President Laurent Gbagbo returns to Ivory Coast after ICC acquittal
June 17 (UPI) -- Laurent Gbagbo, the former president of Ivory Coast, returned to the country for the first time in 10 years on Thursday after he was acquitted of charges of crimes against humanity by the International Criminal Court.

World News // 11 hours ago
Third-largest diamond in world thought to be found in Botswana
June 17 (UPI) -- A Botswana mining company has found what it believes to be the world's third-largest diamond, a 1,098-carat gem shown off to President Mokgweetsi Masisi this week. 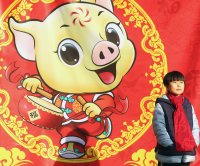 World News // 15 hours ago
Japan to relax COVID-19 restrictions for Tokyo, other areas
June 17 (UPI) -- Japan has lifted the state of emergency in place in Tokyo and other parts of the country, and might apply a maximum 10,000-spectator capacity at the Tokyo Olympics.
Advertisement