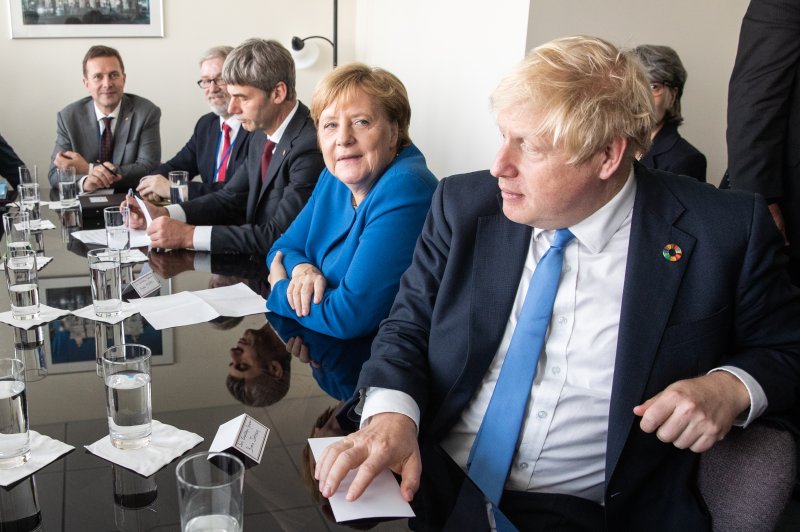 Oct. 8 (UPI) -- A deal for Britain to leave the European Union might be less likely after German Chancellor Angela Merkel told British Prime Minister Boris Johnson Tuesday his alternative to the Irish backstop would not survive an EU vote.

A British government source briefing journalists on a call between Johnson and Merkel said the chancellor "made clear a deal is overwhelmingly unlikely and she thinks the EU has a veto on us leaving the customs union."

"Merkel said that if Germany wanted to leave the EU they could do it no problem but [Britain] cannot leave without leaving Northern Ireland behind in a customs union and in full alignment forever," the government source said.

The call between Merkel and Johnson was reported by BBC News, Sky News and The Guardian.

Negotiations are still going in Brussels, but Merkel told Johnson on the call Tuesday they're close to breaking down.

Johnson has previously vowed to leave the EU by Oct. 31 with or without a withdrawal agreement -- but he has also said he will abide by the Benn Act, which would force him by law to seek a delay if a deal isn't present by Oct. 19. A legal request to force him to seek an extension was declined Monday by Scotland's Court of Session.

The Irish backstop would keep Northern Ireland, part of Britain, in the EU single market and customs trade as an insurance mechanism to prevent a hard border between it and Ireland. Johnson's proposal called for customs stations on both sides of the border to screen goods between Britain's Northern Ireland and the EU's Ireland -- mostly electronically to prevent physical border checks. EU and Irish officials have effectively rejected that proposal.

Johnson told Merkel on the call Tuesday his administration's offer was "reasonable" but blamed the EU for not having "any desire for negotiation." He added that some in the EU are rooting for a second Brexit referendum, but said that won't happen.

"It was a very useful clarifying moment in all sorts of ways," the government source said. "If this represents a new established position then it means a deal is essentially impossible not just now, but ever."

World News // 4 hours ago
Drone attack at Iraq airport aimed at U.S. troops, officials say
April 15 (UPI) -- A drone attack has targeted an airport in northern Iraq, and government officials believe the strike was aimed at U.S. forces who were using part of the facility.

World News // 4 hours ago
Tsai Ing-wen signals cooperation during meeting with Biden's emissaries in Taiwan
April 15 (UPI) -- Taiwanese President Tsai Ing-wen said she is willing to work with "like-minded countries" during a meeting with U.S. delegates.

World News // 6 hours ago
Japanese official says canceling Tokyo Olympics still a viable option
April 15 (UPI) -- With less than 100 days to go before the start of the Summer Olympics in Tokyo, a Japanese official said Thursday that the Games could realistically be canceled if surging COVID-19 cases aren't brought under control. 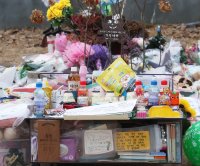