Chinese soldiers of the People's Liberation Army march during a military parade to celebrate the 70th anniversary of the People's Republic of China in Beijing on Tuesday. Photo by Tom Walker/UPI | License Photo

Chinese jet fighters fly over Tiananmen Square during a military parade to celebrate the 70th anniversary of the People's Republic of China in Beijing. Photo by Tom Walker/UPI | License Photo

Fireworks explode over Tiananmen Square as performers watch during a gala to celebrate the 70th anniversary of the People's Republic of China. Photo by Lazlo Fitz/UPI | License Photo

Chinese youths pass the Tiananmen Gate as they participate in a mass parade to celebrate the 70th anniversary of the People's Republic of China in Beijing on October 1, 2019. Photo by Tom Walker/UPI | License Photo

"There is no force that can shake the foundation of this great nation," Xi said from the square where Chairman Mao Zedong declared the People's Republic of China on Oct. 1, 1949. "No force can stop the Chinese people and the Chinese nation forging ahead."

In his speech commemorating the 70th anniversary of communist rule, Xi -- wearing a suit that hearkened back to the party's first ruler -- called for unity while stating China is "committed to the strategy of peaceful reinforcement of one country, two systems," a comment directed at ongoing unrest in Hong Kong, a semi-autonomous region within China, that functions under the framework of being part of the nation but enjoys certain freedoms the mainland does not have.

Hong Kong, a former British colony until 1997, has been submerged in months of anti-government protests against encroaching Beijing control and activists had planned demonstrations to coincide with the mainland celebrations.

Xi said that China will maintain "long-term stability of Hong Kong and Macao" while developing relations with the two regions with the goal of "complete unification of the country."

Hong Kong Activist Joshua Wong said on Twitter that the display was "no celebration, only demonstration."

"The Chinese Communist Party is tearing Hong Kong apart. If we fall, who will be the next?" Wong asked, adding that "China is waving its claws at the free world to step up its oppression."

Following his speech, Xi conducted an inspection of the troops along Chang'an Avenue before presiding over a parade of 15,000 troops, 160 aircraft and 580 pieces of high-power weaponry, including intercontinental ballistic missiles.

The parade also included thousands of people performing elaborate dances and songs as they traversed the wide street during an event that is one of the most important national celebrations that had the capital city on lockdown for the several hours-long performance with bans in place on drone and kite flying, among other restrictions.

The parade comes amid challenges for Xi that include tension with the United States over trade and the arrest of Huawei CFO Meng Wanzhou in Canada, who faces extradition to the United States to face a slew of conspiracy, fraud and sanction violation charges. 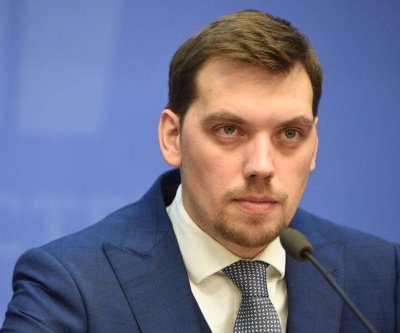 World News // 18 hours ago
Finnish lawmaker arrested after trying to breach Gaza border fence
Jan. 16 (UPI) -- Anna Kontula, a member of Finland's Parliament, was held for 10 hours in Israel Monday after she was arrested for trying to cut through a border fence that separates the country and the Gaza Strip.