Lebanese Members of Parliament Amin Sherri and Muhammad Hasan Ra'd and Hezbollah security official Wafiq Safa were sanctioned by the U.S. Treasury Department's Office of Foreign Assets Control on Tuesday under an executive order targeting terrorists and those who support terrorism.

"Hezbollah uses its operatives in Lebanon's Parliament to manipulate institutions in support of the terrorist group's financial and security interests, and to bolster Iran's malign activities," said Sigal Mandelker, the Treasury Department's under secretary for terrorism and financial intelligence. "Hezbollah threatens the economic stability and security of Lebanon and the wider region, all at the cost of the Lebanese people."

The department said Sherri uses his office in the Lebanese government to further Hezbollah's objectives while having threatened Lebanese financial institutions on the organization's behalf.

"Sherri's behaviors threatening bank employees and their family members is unacceptable for a Member of Parliament whose office should advance the interests of the Lebanese people," the Treasury said.

Ra'd is a member of Hezbollah's Shura Council, which directs units to conduct overseas military and terrorist acts, the statement said, adding that Safa, a senior Hezbollah security official, exploits his nation's borders and ports to "smuggle contraband and facilitate travel on behalf of Hezbollah, undermining the security and safety of the Lebanese people, while also draining valuable import duties and revenue away from the Lebanese government."

The U.S. State Department designated Hezbollah as a foreign terrorist organization in 1997.

The sanctions come as tensions between the United States and Iran escalate. On Monday, Tehran announced it surpassed the stockpile limit for uranium, violating a 2015 multination nuclear deal, edging the country one step closer to being able to develop nuclear weapons.

Under the sanctions, all property and interests in property in the United States the men own must be reported to the OFAC while barring U.S. citizens from conducting business with them under threat that they too could be slapped with sanctions.

The sanctions also restrict their access to financial institutions.

RELATED Gas prices rise for the Fourth of July holiday

Since 2017, the Treasury Department has applied sanctions to 50 Hezbollah-affiliated individuals and entities. 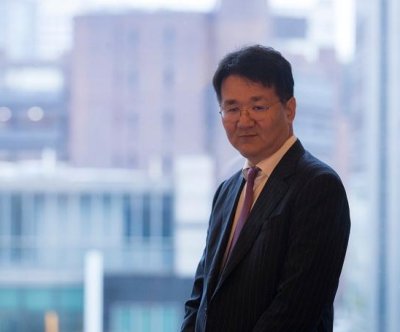