Gallup poll: Half of Americans back independent Palestine 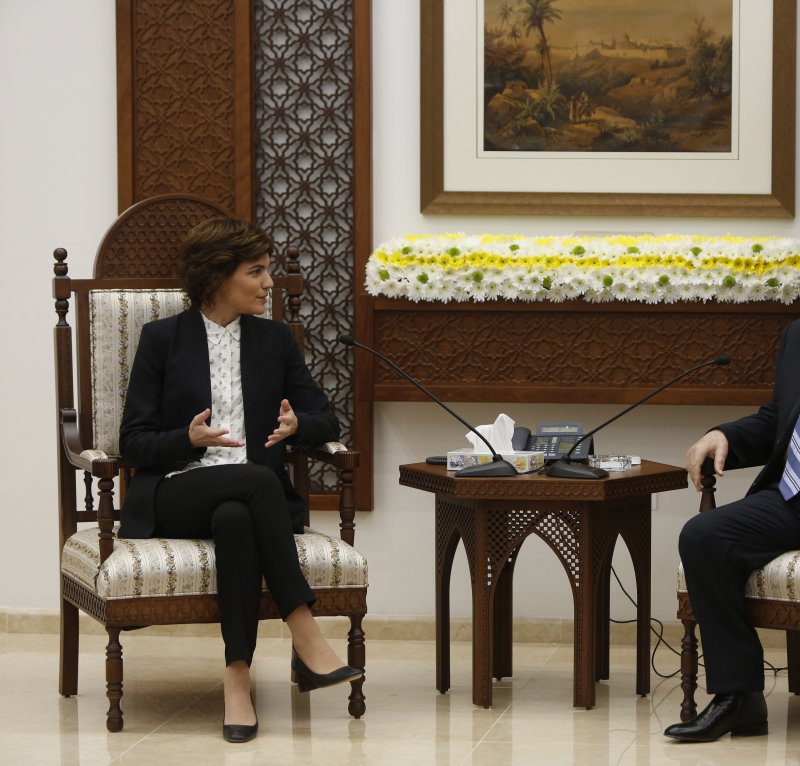 March 22 (UPI) -- A new Gallup poll finds 50 percent of Americans support an independent Palestinian state in the West Bank and the Gaza Strip, the highest number since 2012.

Gallup first started asking the question on Palestinian statehood in 1994, receiving the highest support for a two-state solution in 2003, at 58 percent. Gallup has asked the question annually since 2012.

"Public opinion in the United States still favors Israel, with a large majority of the public viewing the country favorably and sympathizing more with the Israelis than the Palestinians in that conflict," Gallup said. "Nevertheless, there is also room at the table for Palestinian aspirations, as half of Americans, the most in seven years, now back the idea of Palestinian statehood."

Support for Palestinian statehood largely splits down party lines, as 33 percent of Republicans and 62 percent of Democrats support it, the Gallup poll finds. That wasn't the case in 2002 and 2003, when the Bush administration was working on a permanent solution in the Middle East. At that time, Republicans and Democrats had roughly equal support for Palestinian independence, but the partisan gap has grown in the years since.

Trump said Thursday that the United States should recognize Israel's sovereignty over Golan Heights, overturning decades of U.S. policy. It also puts the United States at odds with the United Nations, which calls for Israel to end its occupation of the stretch of land along its Syrian border that it seized in the 1967 Six-Day War.

Earlier this month, Israel launched 100 airstrikes at Hamas targets in Gaza, in retaliation for two rockets fired earlier at Israel.

Trump moved the U.S. embassy to Jerusalem last year from Tel Aviv as a show of support for Israel.

Gallup polled a random sample of 1,016 adults in all 50 states and Washington, D.C., by telephone from Feb. 1-10. There is a margin of error of plus or minus 4 percentage points at the 95% confidence level.

World News // 3 hours ago
U.S. diplomat elected to lead U.N. IT agency over Russian official
Sept. 29 (UPI) -- American Doreen Bogdan-Martin beat out a Russian official on Thursday, to become the next secretary-general of the International Telecommunication Union.

World News // 4 hours ago
Report: More than 1,700 environmental activists targeted and killed over the past decade
Sept. 29 (UPI) -- Nearly 2,000 environmental activists were systematically killed over the past decade for threatening to expose corruption in some of the world's most profitable industries, according to a new report by Global Witness.

World News // 5 hours ago
Queen Elizabeth II's cause of death confirmed as old age
Sept. 29 (UPI) -- Queen Elizabeth II died of old age, according to her death certificate, released Thursday in Scotland. She was 96.