Feb. 19 (UPI) -- An international sporting court on Monday formally identified a Russian curler participating at the 2018 Winter Olympics as the subject of a new doping case.

The Court of Arbitration for Sport said in a statement Monday it has initiated a new procedure involving Krushelnitsky.

The anti-doping division said no hearing date has been set for Krushelnitsky.

It had previously been suspected that Krushelnitsky was the Russian athlete under review.

Many, but not all Russian Olympians are competing in the Pyengchang Games as neutrals under the banner, "Olympic Athletes from Russia." A doping scandal last year prompted the IOC to ban Russia's Olympic delegation from competing under the Russian flag, and those who are competing first had to be cleared by the Olympic body to participate.

Konstantin Vybornov, a spokesman for the neutral Russian team, said the curler is still waiting for results for another test before the violation is confirmed.

"I have known these guys for many years," Svishchev said. "Only a crazy person takes banned substances before a competition, before the Olympics. It's a strange story. It raises a lot of questions."

Including Krushelnitsky's, Olympic Athletes from Russia have so far won 11 medals in Pyengchang -- three silver and eight bronze.

World News // 14 hours ago
South Korea president voices concern about Chinese reprisal
Feb. 28 (UPI) -- South Korean President Moon Jae-in may be concerned about Chinese retaliation if Seoul goes ahead with a decision to ban most foreign nationals traveling from China in response to the coronavirus outbreak. 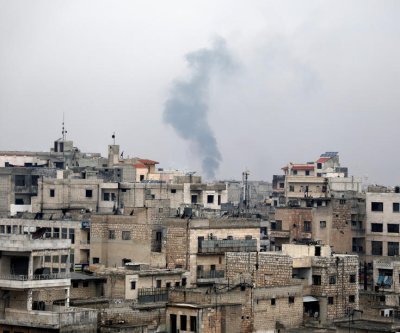