U.S President Barack Obama held a press conference at the close of the G20 Summit in Hangzhou,China, on September 5, 2016, after meeting with Russian President Vladimir Putin. Obama said the United States' cyberscurity posture is strong, both offensively and defensively. Photo by Stephen Shaver /UPI | License Photo

HANGZHOU, China, Sept. 5 (UPI) -- President Barack Obama said Monday at the G20 summit in Hangzhou, China, that the United States is more prepared for in terms of cybersecurity than Russia, other countries.

Speaking after a 90-minute conversation with Russian President Vladimir Putin, Obama said of the United States, "We're moving into a new era here where a number of countries have significant capacities."

"Frankly, both offensively and defensively, we have more capacity."

He added, "We've had problems with cyber intrusions from Russia and other countries in the past."

Obama said he would not comment on "specific investigations that are still live and active," an apparent reference to a computer breach of the Democratic National Committee, which some U.S. officials have blamed on Russia.

Obama also said he and Putin spoke in generalities about cybersecurity and emphasized that "the goal is not to duplicate in the cyber area the cycle of escalation" which has complicated the solution to other problems. He added the United States' focus is on "instituting some norms so that everybody's acting responsibly."

World News // 20 hours ago
Tropical Storm Elida forms in East Pacific
After more than 10 days since Douglas dissipated northwest of Hawaii, the East Pacific has come alive with the formation of a new tropical storm, Elida. 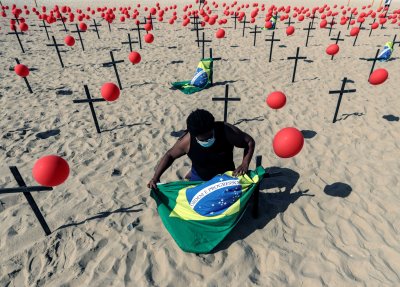 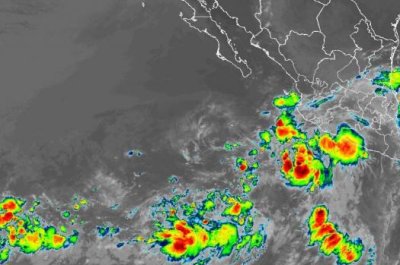