President Barack Obama meets with current and former diplomatic and national security officials -- including former Secretaries of State Colin Powell and Henry Kissinger -- to discuss the Trans-Pacific Partnership (TPP) in the Roosevelt Room of the White House in Washington, D.C., Friday, November 13, 2015. Wednesday, the United States and 11 Pacific Rim nations formally signed the trade pact, which remains a contested issue among lawmakers in the House and Senate. Pool Photo by Andrew Harrer/UPI | License Photo

AUCKLAND, New Zealand, Feb. 3 (UPI) -- Representatives of a dozen nations met in New Zealand to sign the debated Trans-Pacific Partnership, which seeks to bolster economies and investments between the United States and a number of Pacific Rim governments.

The TPP agreement was signed by the parties on Thursday, New Zealand time, during a formal ceremony in Auckland.

"My message is this is an historic agreement and we set out several years ago to negotiate together an ambitious, comprehensive and high-standard agreement and we've done," he said during the signing.

The nations involved in the TPP include the United States, Japan, Canada, Mexico, Australia, New Zealand and six other countries.

New Zealand Prime Minister John Key praised the agreement as "a giant vote of confidence in and optimism for the future prosperity of our economy and our people."

Malaysia became the first nation involved in the deal to ratify it last week.

"Our goal is to enhance shared prosperity, create jobs and promote sustainable economic development for all of our nations," the trade representatives said in a joint statement. "Our focus now turns to the completion of our respective domestic processes."

That part of the deal may be trickier for the Obama administration, as some congressional lawmakers aren't yet sold on the deal and still have to introduce the agreement for a vote. Senate Majority Leader Mitch McConnell, R-Ky., and other lawmakers said that may not happen until after the November elections.

"If history has taught us anything, it's that this process can, and often does, take a very long time to complete," Sen. Orrin Hatch, R-Utah, said. "In fact, it's not an exaggeration -- or even all that remarkable — to say that it can take years to get an agreement through Congress after it is signed."

Among the deal's opponents is a man who could succeed Obama in the White House -- Vermont Sen. Bernie Sanders, who pledged Wednesday to kill the TPP agreement if he gets elected.

"As your president, not only will I make sure that the TPP does not get implemented, I will not send any trade deal to Congress that will make it easier for corporations to outsource American jobs overseas," he said. "Trade is a good thing. But trade has got to be fair. And the TPP is anything but fair."

Obama praised the signing of the TPP, but most members of his own party oppose it. Large businesses and trade organizations, though, have applauded the deal.

"Right now, the rules of global trade too often undermine our values and put our workers and businesses at a disadvantage," Obama said in a statement Wednesday. "TPP will change that.

"TPP allows America -- and not countries like China -- to write the rules of the road in the 21st Century."

World News // 10 hours ago
COVID-19 surging in Russia; weekly world deaths drop 10%, cases 5%
June 20 (UPI) -- As coronavirus subsides through much of the world, the pandemic is surging in Russia with record cases last week and the most deaths in three months.

World News // 7 hours ago
Israeli PM Naftali Bennett says patience with Hamas 'has run out'
June 20 (UPI) -- Israeli Prime Minister Naftali Bennett warned Sunday that Israel's patience for the militant group Hamas "has run out" in his first public statement as head of the government. 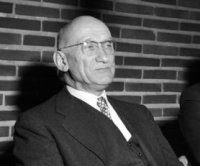 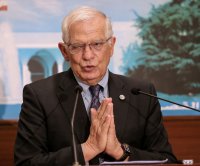