Delegates from Iran and the P5+1 countries -- the five permanent members of the UN Security Council (Britain, China, France, Russia and the United States) plus Germany -- have been engaged in negotiations about Iran's program since November. At that time, Iran agreed to halt its enrichment of uranium to higher levels and allow access to international inspectors.

U.S. Secretary of State John Kerry said sanctions against oil sales and other sources of income would still be in place, though Iran would get $2.8 billion in assets that had been frozen in the United States.

"Let me be clear," he said in a statement, "Iran will not get any more money during these four months than it did during the last six months, and the vast majority of its frozen oil revenues will remain inaccessible."

In return, Iran agreed to dilute stocks of material or turn it into metal plates as reactor fuel, neither of which allow it to easily be used as bomb-grade fuel, the New York Times reported.

"Our negotiators have made progress in some areas and, while real gaps remain, there is a credible prospect for a comprehensive deal," a release from the White House press secretary said. "Because of this -- and because Iran has upheld its commitments under the initial accord -- we agreed today to extend the Joint Plan of Action to Nov. 24. This extension will allow us to continue the negotiations while ensuring that the progress of Iran's nuclear program remains halted during the negotiations."

World News // 6 hours ago
Reports: Israeli warplanes target Syrian weapons lab, at least 9 killed
June 5 (UPI) -- At least nine people were killed in an Israeli airstrike on a suspected weapons lab and factory in Syria on Thursday, according to a Syrian non-governmental organization based in Britain.

World News // 7 hours ago
Suspect in Madeleine McCann case linked to missing German girl
June 5 (UPI) -- Authorities said Friday a new suspect in the mysterious 2007 disappearance of 3-year-old Madeleine McCann is now being investigated for a similar case in Germany.

World News // 7 hours ago
U.N.: Violence in Congo leaves 1,300 civilians dead over 8 months
June 5 (UPI) -- About 1,300 civilians have been killed in the Democratic Republic of the Congo amid conflict involving government forces and armed opposition groups, the United Nations High Commissioner for Human Rights said Friday. 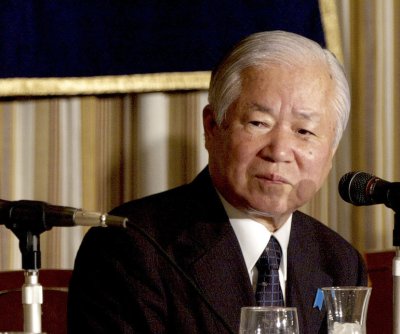 World News // 8 hours ago
Father of Japanese abductee to North Korea dead at 87
June 5 (UPI) -- The father of a Japanese citizen who was abducted to North Korea as a teenager has died after decades of activism that drew international attention to Pyongyang's secret program of kidnappings.

World News // 9 hours ago
North Korea's economy stabilizing after first wave of COVID-19, research says
June 5 (UPI) -- The coronavirus pandemic has had a limited impact on the North Korean economy, but could affect its state-owned enterprises in the long term, according to South Korean researchers.