LONDON, Sept. 20 (UPI) -- The arrest of a British journalist Thursday is the 14th arrest under Operation Tuleta, a Scotland Yard investigation into invasions of privacy, officials said.

The journalist was arrested at his home on suspicion of having a stolen cell phone, The Guardian reported.

"The arrest relates to a suspected conspiracy involving the gathering of data from stolen mobile phones and is not about seeking journalists to reveal confidential sources in relation to information that has been obtained legitimately," the London Metropolitan Police, also known as Scotland Yard, said in a statement.

Operation Tuleta began in 2012 and is linked to Operation Weeting, the News of the World phone-hacking investigation, and Operation Elveden, an investigation into journalists allegedly paying police and other public officials.

The Guardian also reported the Office of Communications determined British Sky Broadcasting was still a "fit and proper" owner of broadcast licenses, but criticizing BSkyB's former chairman, James Murdoch, over his handling of the phone-hacking scandal at his family's other News Corp. media operations.

The watchdog agency, also known as Ofcom, criticized Murdock, News Corp. deputy chief operating officer and former BSkyB and News International chairman, for his "lack of action" in the scandal that led to many arrests and the closing of News of the World.

The regulator determined there was no evidence to suggest that BSkyB was involved.

"There is no evidence that Sky was directly or indirectly involved in any of the wrongdoing either admitted or alleged to have taken place at [the News of the World] or The Sun," Ofcom said.

BSkyB said in a statement it was "committed to high standards of governance and we take our regulatory obligations extremely seriously. As Ofcom acknowledges, our track record of compliance in broadcasting is good." 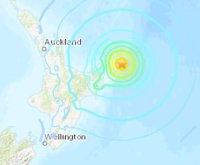 World News // 10 hours ago
Earthquake swarm in Iceland could hint at even bigger event
Nearly constant earthquakes have plagued the main population center of Iceland in recent days, and officials warn this could be a sign of an imminent volcanic eruption. 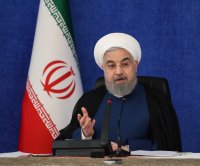 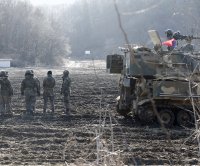 World News // 20 hours ago
New Zealand man charged for plotting attack to echo Christchurch massacre
March 4 (UPI) -- Authorities in New Zealand arrested a man Thursday who they say was plotting to attack mosques to mark the anniversary of the Christchurch shootings that killed 51 people two years ago.