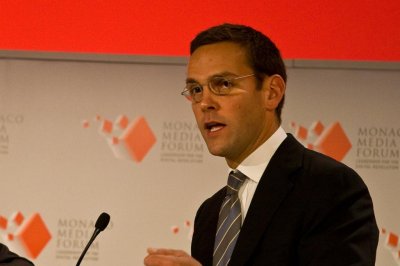 U.S. News // 7 months ago
James Murdoch resigns from News Corp
James Murdoch has resigned from the board of News Corp, the global media company his father founded.

U.S. News // 2 years ago
With vote of confidence, Musk stays on Tesla board
Tesla shareholders voted down three proposals, but gave founder and CEO Elon Musk a vote of confidence that keeps him on the company's board.

The BBC is dominant. Other organizations might rise and fall but the BBC's income is guaranteed and growing

He sits on the News Corporation board of directors and is a member of the office of the chairman. He is also non-executive chairman of British Sky Broadcasting, in which News Corporation has a controlling minority stake.

FULL ARTICLE AT WIKIPEDIA.ORG
This article is licensed under the GNU Free Documentation License.
It uses material from the Wikipedia article "James Murdoch."
Back to Article
/