Vice President Mike Pence speaks at a briefing on the coronavirus at the White House on Monday.  Photo by Tasos Katopodis/UPI | License Photo

An office worker takes photos of the electronic stock board display in Tokyo on Monday, when the Nikkei average closing price dropped below the 20,000 yen line for the first time in 14 months. Photo by Keizo Mori/UPI | License Photo

COVID-19 looms as a Damoclean sword that could slice either way come the November presidential elections. If the virus runs its course by midsummer, and the world becomes more or less "stable," Donald Trump will understandably claim victory.

A stock market recovery to pre-coronavirus days would also reinforce that claim.

Alternatively, should this optimistic scenario not play out, and the virus recreates the trajectory of the Spanish Flu of 1918-20 with millions infected and many fatalities, any serving president would be held accountable and share a great deal of blame for the outcome. In a different crisis, Herbert Hoover, with great relevant experience, lost to Franklin D. Roosevelt in 1932 as a victim of the 1929 crash and the subsequent Great Depression.

Two other relevant examples show how events can affect politics.

After the Tet Offensive in January 1968, the icon of television journalists, Walter Cronkite, pronounced on the CBS evening news that the Vietnam War was virtually lost. That assessment in part contributed to President Lyndon B. Johnson's decision not to seek the nomination of his party for a second term, opening the door for Richard Nixon's election. And 11 years later, another event would consume Nixon's successor Jimmy Carter.

In November 1979, so-called Iranian "students" stormed and occupied the American Embassy in Tehran, holding 52 staff hostage for 444 days. Carter approved Operation Eagle Claw, a dramatic rescue attempt that took place in April 1980. A nighttime collision on the ground at secret base inside Iran code named Desert One between one of the rescue helicopters and a C-130 transport erupted in a tragic and fiery end to the mission. No doubt, that failure aided Ronald Reagan's election in November. Indeed, had Eagle Claw worked, perhaps Carter would have been re-elected.

Regardless of how the coronavirus affects November 2020, the social consequences might be even greater. The best case is early resolution. But suppose the opposite occurs? In China and Italy, both governments took dramatic and even draconian action. China locked down a substantial portion of its population. Italy has implemented a nationwide lockdown and banned all public events.

Current medical advice, beyond washing one's hands, is to avoid large groups. Thus far, many sports and other well-attended events have been canceled or postponed. If the virus persists to the summer, what about the presidential nominating conventions? Will both be held or held in a different or even a virtual venue?

As or if the virus continues to spread, will greater restrictions on domestic and international air travel be imposed? If restrictions follow, how will businesses, economies and society at large be affected? And in the most basic case, what about paper money, given that money is a primary carrier of germs and other microbes?

What about smaller venues such as supermarkets, movie theaters, schools, businesses and government offices? During the anthrax episode in Washington, several government buildings and post offices were closed. Would this continue? Indeed, would Congress even meet?

Suppose the virus spreads to the military? The Navy has halted shore visits in the Pacific. Suppose a few sailors aboard a Navy aircraft carrier or soldiers serving in an Army Brigade Combat Team in Afghanistan or South Korea with about 5,000 personnel were infected with the virus? The challenges would be huge. And of course not only the United States will be solely affected. Friends, allies and competitors face similar threats.

For years, universities and think tanks studied and debated transnational threats. Proliferation of mass destruction weapons and terrorism were high priorities. Pandemics and climate change also received equal attention. Yet, globally, despite these prior studies, warnings and calls for action, virtually every government has been ill-prepared for the new coronavirus.

The reasons for this readiness gap are not secret. Governments spend money on real issues and needs rather than on "what if's" or contingencies that may never happen. In a globalized 21st-century world, this 20th-century thinking simply will not work.

One key lesson is that the globe is irreversibly linked across virtually every sector from trade, business, media, finance, travel, culture and health. While it might be soothing to believe a nation could become fully independent, autarkic and thus detached and isolated, that is folly. This is not a call for global government that is equally Panglossian. It is a call for greater international cooperation and leadership.

America First and dismissal of multilateral agreements are dangerous policies for the 21st century. Whether COVID-19 will definitively prove these fallacies may be the most important consequence of all. 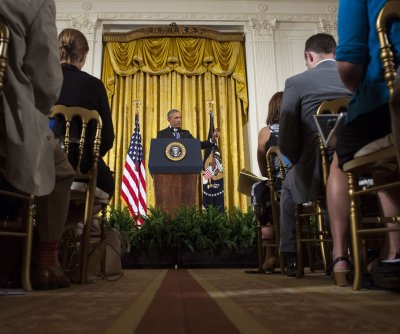 Voices // 5 hours ago
Five years later, nuclear deal with Iran is in tatters
July 13 (UPI) -- It will be five years this week since the Iran nuclear deal was signed in Vienna. The one-sided deal contained many clauses and annexes that related mainly to the lifting of sanctions in Iran. The West got very little.

Voices // 4 days ago
Corporate activism is more than a marketing gimmick
July 9 (UPI) -- There's been an outpouring of support for Black Lives Matter from America's largest corporations. Businesses often engage in social activism because they want to sway public policy outcomes.

Voices // 5 days ago
GRU plot to put bounties on U.S. Marines is plausible
The New York Times broke the sensational story last week that Russia's military intelligence arm, the GRU and its Unit 21955, paid $100,000 bounties to the Taliban for killing U.S. and allied troops in Afghanistan.

Voices // 1 week ago
Explosive situation in Iran hints at cover-up
July 6 (UPI) -- There are strange goings-on in Iran. On June 25, there was a massive explosion near the Parchin military weapons development complex, east of Tehran. 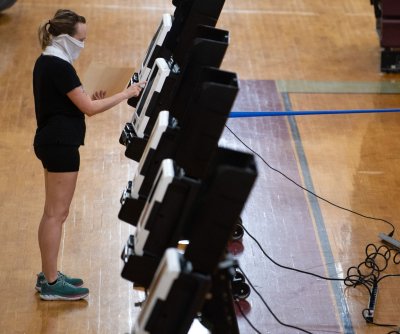 Voices // 1 week ago
GOP support for mail voting is growing, but hard to hear over Trump
July 2 (UPI) -- President Donald Trump's attacks on voting by mail, amplified by Attorney General William Barr and the Republican National Committee, have triggered alarms that the country is heading toward another contested election.

Voices // 1 week ago
Happy July 4th: America, Britain not in their 'finest hour'
For the two greatest democracies of the last century, how each is coping with multiple crises does not rise to what Winston Churchill once called "our finest hour."

Voices // 2 weeks ago
The truth is out about Iran's economic meltdown
June 29 (UPI) -- The Iranian economy has collapsed. The ayatollahs can no longer afford to pay the wages of government employees, as the triple whammy of U.S. sanctions, the coronavirus and rampant corruption reduce their budget.