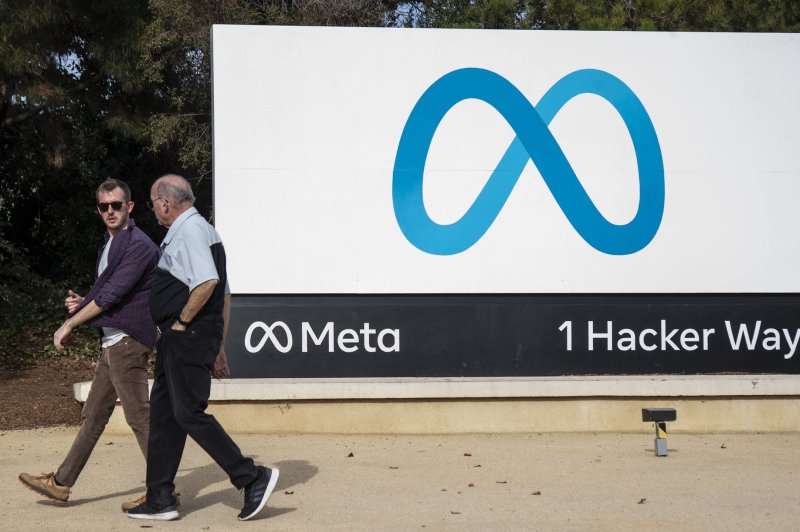 U.S. tech giants, including Facebook owner Meta, are threatening to pull the plug on news content after U.S. lawmakers amended a defense bill to include a provision that would help the media get paid for content. File photo by Terry Schmitt/UPI | License Photo

Dec. 6 (UPI) -- U.S. tech giants, including Facebook owner Meta, are threatening to remove news content from social media platforms after U.S. lawmakers amended a defense bill to include a provision that would help the news media get paid for content.

The Journalism Competition Preservation Act would allow news organizations to collectively negotiate terms that would force the companies to start ponying up more for news content distributed on social media platforms.

The most controversial aspect of the legislation is that it would make some news organizations exempt from U.S. antitrust laws and allow for collective bargaining against social media platforms for a larger share of ad revenue in exchange for news.

The bipartisan measure, which is being proposed as part of the National Defense Authorization Act, prompted a backlash from Silicon Valley this week as tech industry advocates launched several ad campaigns denouncing the move as a bailout for the struggling media industry.

Digital and TV ads paid for by NetChoice cast the bill as a "dangerous plan" by Democrats to "bail out their allies in the liberal media."

Another ad by the Computer and Communications Industry Association, of which Google and Meta are members, claimed the proposal would "make misinformation harder to fight."

The American Civil Liberties Union and dozens of other advocacy groups also wrote letters to Congress expressing disapproval of such a provision in any budget bill, saying it would "compound some of the biggest issues in our information landscape and do little to enable the most promising new models to improve it."

Meta issued a statement on Twitter that threatened to remove news content from its platforms altogether if the bill passed.

"If Congress passes an ill-considered journalism bill as part of national security legislation, we will be forced to consider removing news from our platform altogether rather than submit to government-mandated negotiations that unfairly disregard any value we provide to news outlets through increased traffic and subscriptions," Meta spokesman Andy Stone tweeted.

Opponents have cited specific provisions in the bill that would "force platforms" to pay for news content, and compel the use of news from any provider "regardless of how extreme their content" might be.

The bill specifically allows most newsrooms with fewer than 1,500 full-time employees to participate in cost-setting negotiations without antitrust scrutiny.

News Media Alliance, a trade association that represents 2,000 newspapers in the U.S. and Canada, said the legislation would help small news outlets survive amid dwindling revenues as more and more information consumers turn to digital content over traditional sources.

Both the journalism proposal and the annual defense bill are still facing an uphill battle with Republicans as the GOP is preparing to retake control of the House in January.

U.S. News // 7 hours ago
Republican AGs warn Walgreens, CVS over mailing abortion pills
Feb. 1 (UPI) -- Twenty Republican attorneys general are warning Walgreens and CVS that they will face consequences if the U.S. pharmacy giants distribute abortion pills by mail in their states, saying it is a violation of federal law de

U.S. News // 9 hours ago
U.S. blacklists Russian sanctions-evasion network
Feb. 1 (UPI) -- The administration of President Joe Biden blacklisted 10 people and 12 companies on Wednesday as it tightens its financial grip on Russia over its war in Ukraine.

U.S. News // 12 hours ago
Ohio man gets 10 years in prison for trying to join ISIS
Feb. 1 (UPI) -- A federal judge on Wednesday sentenced a man in Ohio to a 10-year prison sentence for attempting to join the terrorist group Islamic State of Iraq.
Advertisement