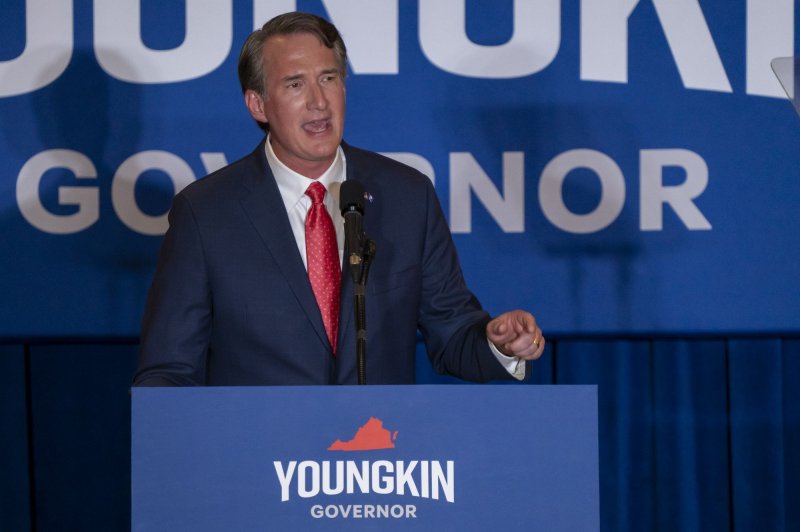 The Republican governor issued the executive order his first day in office to ban school mask mandates, which took effect on Jan. 24.

The order prompted the seven school boards to sue, and the majority of Virginia school districts -- at least 70 out of 131 -- to defy the order, according to The Washington Post.

The school boards, including Fairfax County, Arlington, Alexandria City, Hampton City, Richmond City, Prince William County and Fall Church City, argued they have the authority to make safety and health decisions for their students to comply with federal health guidance, including masking.

Youngkin argued he had emergency gubernatorial authority powers to issue the mask-optional order in schools.

"The single issue before the court is whether the governor, via his emergency powers, can override the decision of local school boards delegated to them," Arlington Circuit Court Judge Louise DiMatteo wrote in 10-page ruling granting the restraining order. "On this pivotal point, the court concludes that the governor cannot."

DiMatteo also wrote that a state law passed over the summer, which requires school districts to comply with federal health guidance, makes Youngkin's order impossible to carry out because it also has left delegate authority over the decision to local school boards, the Post reported.

The Centers for Disease Control and Prevention recommends universal masking inside schools by all students ages 2 and older, staff, teachers and visitors, regardless of vaccination status.

"While the General Assembly has granted the governor significant and sweeping general powers to address an emergency, when confronted with a specific statute addressing the manner in which in-person learning can resume and directs local school boards to follow the guidance of the CDC, 'the maximum extent practicable,' it does not follow that the governor, even in emergency, can direct school boards to ignore the general assembly's deference to CDC guidance and to abandon their considered determination about what is practicable," DiMatteo wrote, The Hill reported.

The restraining order will stay in place until the case concludes with DiMatteo's final ruling.

"My sense is that she would rule similarly [in the end]," University of Richmond law professor Carl Tobias told the Post.

Youngkin has vowed to appeal, according to his spokesperson, Macaulay Porter.

"We are going to appeal, this is just the first step in the judicial process," Porter tweeted.

Youngkin's order has also led to other legal challenges, including, the American Civil Liberties Union of Virginia suit, which argues the mask-optional order denies students with disabilities their federally mandated access to a free, fair and appropriate public education.

On the other side, a group of parents in wealthy Loudoun County filed a suit against the school board for not complying with Youngkin's mask-optional order, which the state attorney general and state school superintendent have joined.

Virginia had 6,500 new cases of COVID-19 on Friday and since the pandemic begin, over 1.5 million cases and 16,703 deaths, according to the state health department.

U.S. News // 6 hours ago
Senate Democrats launch Gun Violence Prevention Caucus
Feb. 3 (UPI) -- A group of Democratic senators have launched a caucus aimed at combating gun violence amid a surge in such crimes in the United States and following a series of several high-profile mass shootings.

U.S. News // 10 hours ago
Lawmakers urge Biden to delay F-16 sales to Turkey over Sweden, Finland NATO bid
Feb. 3 (UPI) -- President Joe Biden has been urged to delay the sale of F-16 fighter jets to Turkey by a bipartisan group of lawmakers over the country's opposition to bids by Finland and Sweden to join NATO.

U.S. News // 11 hours ago
DHS: 1,000 kids separated at border still waiting to be reunited with family
Feb. 2 (UPI) -- Nearly 1,000 children separated from their families at the U.S.-Mexico border under the previous administration have yet to be reunited with their parents, the Department of Homeland Security said Thursday.

U.S. News // 13 hours ago
Defendants seek dismissal of copyright lawsuit filed by collage artist Deborah Roberts
Feb. 2 (UPI) -- The defendants facing a lawsuit filed by famed collage artist Deborah Roberts are seeking to have the case dismissed on the grounds that she cannot copyright "an entire artistic style she didn't even create."
Advertisement