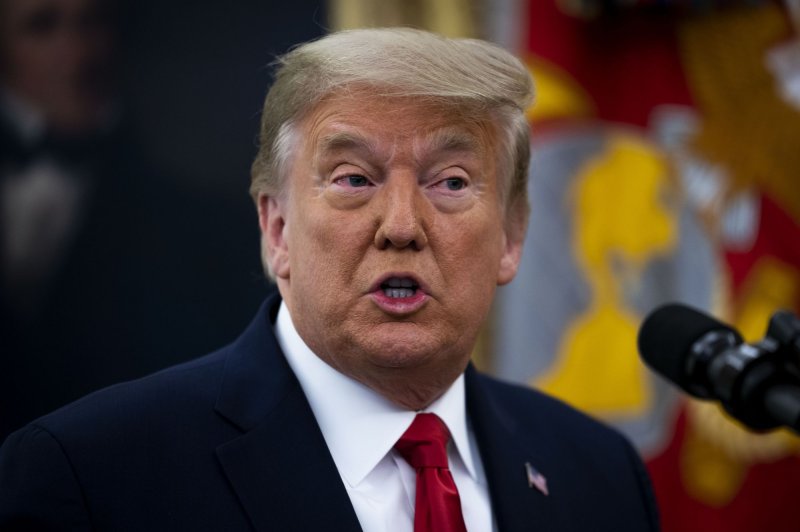 The headquarters move by the Bureau of Land Management from Washington, D.C., to Grand Junction, Colo., by President Donald Trump's administration caused a 169% increase in vacancies, according to the General Accountability Office this week. File Photo by Doug Mills/UPI | License Photo

Nov. 18 (UPI) -- The Bureau of Land Management's move from Washington, D.C., to Colorado created a sharp increase in vacancies and prevented the agency from carrying out its duties, according to a federal government watchdog report.

The Trump administration announced the move of the Bureau of Land Management, which oversees 273 million acres of federally owned land, to Grand Junction, Colo., in 2019.

The General Accountability Office said Tuesday the move caused vacancies to increase by 169% and led to a dramatic drop in African American and Asian employees.

"Bureau staff said that the vacancies caused problems with completing their duties," the GAO report said. "For example, because key decision makers at headquarters left, there were delays in creating or clarifying guidance and policy."

The GAO said the agency didn't have a strategic workforce plan that could help address the issues resulting from the vacancies. In September, Interior Secretary Deb Haaland said the headquarters would return to Washington, D.C.

The move has been a point of controversy since it was announced. In September 2020, the Interior Department's Office of Inspector General found that Joseph Balash, the former assistant secretary for land and minerals management, and William "Perry" Pendley, then acting director of the BLM, misled congressional committees about the move.

The GAO report did not address the decision itself, but stressed that BLM was not prepared to make such a move.

"Without a strategic workforce plan that addresses these needs, BLM lacks reasonable assurance the agency will have the workforce necessary to achieve its goals in managing millions of acres of public lands," the report said.

U.S. News // 9 hours ago
Justice Department opposes release of Trump search affidavit
Aug. 15 (UPI) -- The Justice Department has opposed the release of a sworn affidavit, describing the reason behind the FBI's search of former President Donald Trump's home at Mar-a-Lago, arguing it would jeopardize the investigation.

U.S. News // 10 hours ago
School bus carrying 32 students crashes into home
Aug. 15 (UPI) -- A school bus crashed into a home near the Ohio-Indiana border when the driver apparently went into cardiac arrest on Monday, authorities said.