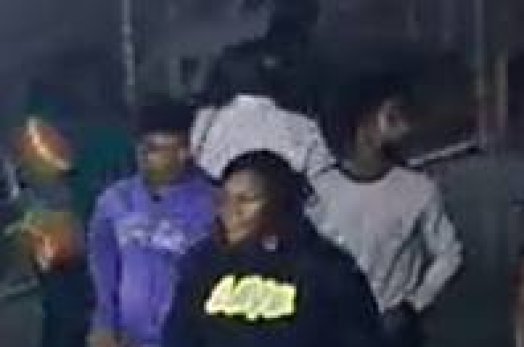 The individuals shown are suspects in a shooting investigation, police said Saturday in update on Friday night's shooting at Ladd-Peebles Stadium in Mobile, Ala. Photo courtesy of Mobile Police Department

The shooting broke out Friday at approximately 9:56 p.m. at Ladd-Peebles Stadium in Mobile during a high school football game, according to the Mobile Police Department, resulting in multiple injuries leading to hospitalization, including one with a life-threatening injury.

Four people were shot, three males and one female, who were taken to local hospitals, Police Chief Paul Prine told reporters outside the stadium.

Two of the injured were juveniles, Prine added.

The incident occurred on the exit ramp during the fourth quarter of the Vigor and Williamson high school game, AL.com reported.

"It's sad because of just our communities will suffer after things like this," Williamson Coach Melvin Pete Jr, told AL.com Friday night.

"These things happen and what can you do?" said Vigor Coach John McKenzie, AL.com reported. "We've got to be an example and change these kids' lives that many are out here raising themselves."

No arrests have been made, but police on Saturday released a photo of suspects.

"We do not have motive yet," Prine told reporters. "We did get information that two perpetrators left in a white sedan."

When asked how someone got into the stadium with a gun, Prine added "that's going to be part of the investigation."

In August 2019 , a shooting at Ladd-Peebles Stadium at the end of a football game between LeFlore and Williamson high schools left nine people shot and another person injured. Violence stemmed from a dispute outside the event in neighborhoods, then-Police Chief Lawrence Battiste said. Deangelo Parnell, 17, turned himself in the day after the August shooting and was charged with nine counts of attempted murder, the police statement said. 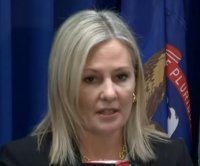 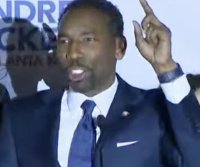