Nearly 50 dead in Northeast after floods; high waters to last into weekend 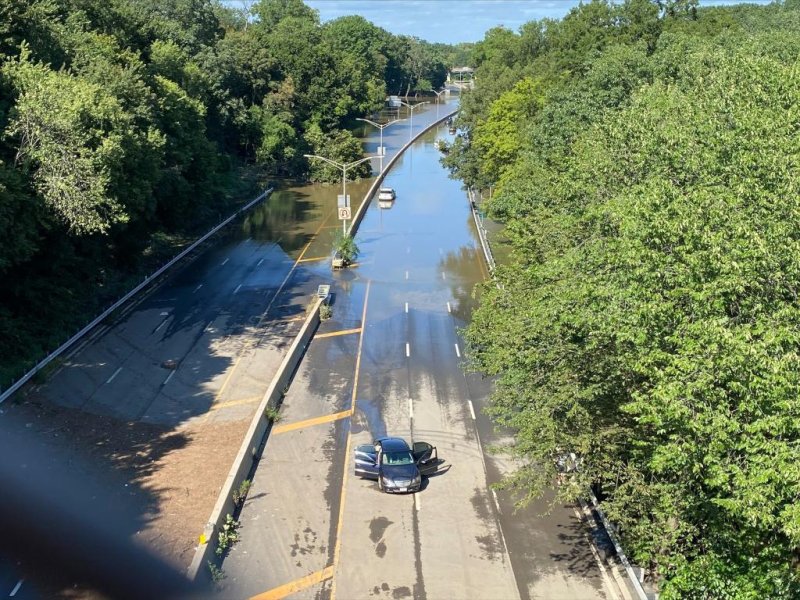 Stalled vehicles are seen along the Major Deegan roadway in New York City on Thursday after heavy rains from the weather system that was Hurricane Ida resulted in mass flooding. Photo courtesy FDNY/Twitter

Sept. 3 (UPI) -- Close to 50 people in the Northeast have died due to major flooding caused by the weather system that was Hurricane Ida, authorities said Friday amid cleanup efforts and high waters that are expected to last into the weekend.

Officials said about 4.5 million people in New York, Pennsylvania and other states are covered under flood warnings on Friday, mostly in New Jersey where floodwaters are overflowing rivers, creeks and streams.

The severe rainfall and the resulting flooding across the Northeast is responsible for more than 40 deaths, officials said. The exact number is unclear, but a number of additional deaths were added overnight on Thursday.

"We're still not out of the woods." New Jersey Gov. Phil Murphy told NBC's Today on Friday. "Our death toll has climbed to 25 overnight and we have at least six missing across the state."

Officials say some flooded waterways will remain above flood-stage into the weekend, but noted that others have started to recede.

Authorities were still making water rescues throughout New York City late Thursday, which was deluged with heavy rains on Wednesday.

Newark Liberty International Airport, one of three major airports in the New York City area, said nearly 400 flights were canceled on Thursday and about two dozen were canceled on Friday, according to FlightAware.

In Connecticut, utility Eversource reported 1,200 power outages statewide on Friday. Almost 8,000 were without electricity in New York by early Friday, along with more than 20,000 in Pennsylvania and 10,000 in New Jersey, according to poweroutage.us.

U.S. News // 1 hour ago
Kidnapped Texas woman reunited with family after 51 years
Nov. 29 (UPI) -- A woman who was kidnapped as an infant was reunited with her birth parents after more than 50 years, her family confirmed this week.

U.S. News // 5 hours ago
Biden encourages Congress to take up rail negotiations
Nov. 29 (UPI) -- President Joe Biden called on congressional leaders from both parties to work together Tuesday to avoid a rail strike that could cripple the economy in the middle of the holiday season.

U.S. News // 6 hours ago
Severe weather to threaten 40M from Texas to Illinois, Indiana
As a potent, multifaceted storm rolls out from the Rockies, severe weather ranging from high winds to tornadoes will be possible from the northwestern Gulf coast to the Mississippi Valley, meteorologists warn.

U.S. News // 6 hours ago
U.S. gets tough on methane with new proposals on oil and gas
Nov. 29 (UPI) -- An Interior Department proposal on methane follows dire warnings of the threat from the harmful greenhouse gas by former U.S. Vice President Al Gore.
Advertisement