The CDC reported that the seven-day case average has risen to 72,493, while the seven-day hospitalization average was 6,071. File Photo by Jim Ruymen/UPI | License Photo

Florida reported its largest single-day total of new cases since the start of the pandemic with 21,683 infections, while Gov. Ron DeSantis has insisted that residents make their own decisions regarding masking and vaccination. File Photo by Joe Marino/UPI | License Photo

As of Saturday, 69.7% of U.S. adults had received at least one vaccine dose, nearing Biden's July 4 goal of 70%. File Photo by Kevin Dietsch/UPI | License Photo

President Joe Biden on Thursday mandated that federal workers and contractors must prove they are vaccinated or face strict testing and mitigation procedures. Photo by Oliver Contreras/UPI | License Photo

Aug. 1 (UPI) -- Dr. Anthony Fauci on Sunday said he believes "things are going to get worse" as the United States experiences a surge in COVID-19 cases but added he does not expect widespread lockdowns to return.

ABC News' This Week host John Karl asked Fauci if he believes the current surge, which has seen all 50 states report rising cases in the past seven days, according to Johns Hopkins University, is just a "temporary setback" amid the presence of the more infectious Delta variant.

"I don't think we're going to see lockdowns. I think we have enough of the percentage of people in the country [vaccinated] -- not enough to crush the outbreak -- but I believe enough to not allow us to get into the situation we were in last winter. But things are going to get worse," said Fauci, director of the National Institute of Allergy and Infectious Diseases.

The United States continues to lead the world with 34,984,164 total infections since the start of the pandemic and 613,172 deaths, according to Johns Hopkins data. On Saturday, the CDC reported an increase of 101,171 cases and 451 deaths on Saturday.

The CDC also reported that 82.2% of infections reported from July 4-17 were caused by the Delta variant.

Fauci noted that the seven-day average of COVID-19 cases has "gone up substantially" rising to 72,493 as of Friday, according to data from the Centers for Disease Control and Prevention.

On Saturday, the CDC reported Florida recorded its highest single-day total of new cases since the start of the pandemic with 21,683 infections.

Florida also has the highest hospitalization rate at about 38 per 100,000 as the CDC reported the seven-day average in hospitalizations from July 23-29 was 6,071 nationally.

Fauci noted that 100 million people in the United States who are eligible to be vaccinated have not been fully inoculated, echoing comments by CDC Director Rachel Wolensky and President Joe Biden in stating that "we are seeing an outbreak of the unvaccinated."

"From the standpoint of illness, hospitalization, suffering and death, the unvaccinated are much more vulnerable because the vaccinated are protected from severe illness, for the most part, but when you look at the country as a whole and us getting back to normal, the unvaccinated, by not being vaccinated, are allowing the propagation and the spread of the outbreak which ultimately impacts everybody," he said.

On Thursday, Biden instituted a new mandate for federal workers and contractors requiring that they attest to their vaccination status with those who refuse or are unvaccinated required to wear masks no matter where they work, get tested for the virus twice a week, socially distance and "generally will not be allowed to travel to work."

He also said the country could "in all probability" see new guidelines and restrictions due to the surge after the CDC altered its guidance to recommend that fully vaccinated people wear masks indoors.

The stance from the White House drew rebuke from Republican governors including Arizona Gov. Doug Ducey and Florida Gov. Ron DeSantis, who have resisted imposing restrictions to curb the virus, arguing individuals should be able to decide on whether to wear a face covering or get vaccinated on their own. On Friday, DeSantis signed an executive order banning mask mandates in schools though the CDC recommends that safety protocol.

Fauci on Sunday said he "respectfully" disagrees with their stance.

"The fact is, there are things that are individual responsibilities that one has. And there are things that have to do with you individually, which also impact others and get the spread of infection that we're seeing now -- the surge in cases is impacting everyone in the country," he said. "So in essence, you are encroaching on their individual rights because you're making them vulnerable. So you could argue that situation both ways." 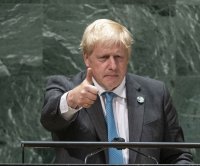 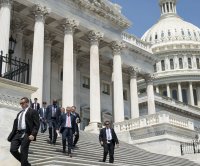