May 17 (UPI) -- A fire from a derailed freight train in northern Iowa continued to burn on Monday and some people are still away from their homes after officials ordered an evacuation.

The Union Pacific train derailed Sunday near the town of Sibley, which has a population of about 3,000 and is located 200 miles northwest of Des Moines. Sibley is about 7 miles south of the Iowa-Minnesota border.

A large plume of black smoke rising from dozens of train cars could be seen in aerial video of the crash scene. Authorities said the train's fuel appears to have caught fire during the derailment. The train cars were carrying ammonium nitrate.

A 5-mile radius was evacuated due to concern about the ammonium nitrate, a highly explosive chemical compound used to make fertilizers and explosives.

Authorities said there were no injuries. About 80 people were evacuated.

Union Pacific Railroad said in a statement that 47 cars derailed. The cause is under investigation.

The derailment was the second in the Midwest over the weekend. About 28 cars of a Union Pacific train derailed in southern Minnesota on Saturday.

Authorities said Sunday there was no danger to the public.

U.S. News // 3 hours ago
Novavax says vaccine is 94.1% effective in Phase 3 trial
June 14 (UPI) -- Maryland-based Novavax said Monday that its COVID-19 vaccine is 90.4% effective overall in a Phase 3 study conducted in the United States and Mexico, including 93% against predominant variants.

U.S. News // 12 hours ago
One of 14 injured in Austin mass shooting dies, says police
June 13 (UPI) -- Authorities in Texas announced Sunday that one of 14 people injured during a shooting over the weekend in Austin has died.

U.S. News // 17 hours ago
U.S. approaching 600,000 COVID-19 deaths amid vaccination push
June 13 (UPI) -- The United States is drawing nearer to 600,000 deaths related to the COVID-19, while New York approached 70% of adults with at least one coronavirus vaccine dose amid a nationwide inoculation push. 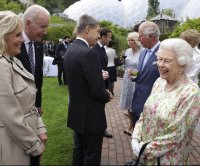 U.S. News // 1 day ago
Cool, dry air to follow stormy stretch in northeastern U.S.
The Northeast is in for a significant downturn in temperatures and humidity levels later this week, but not before the region endures several stormy days.