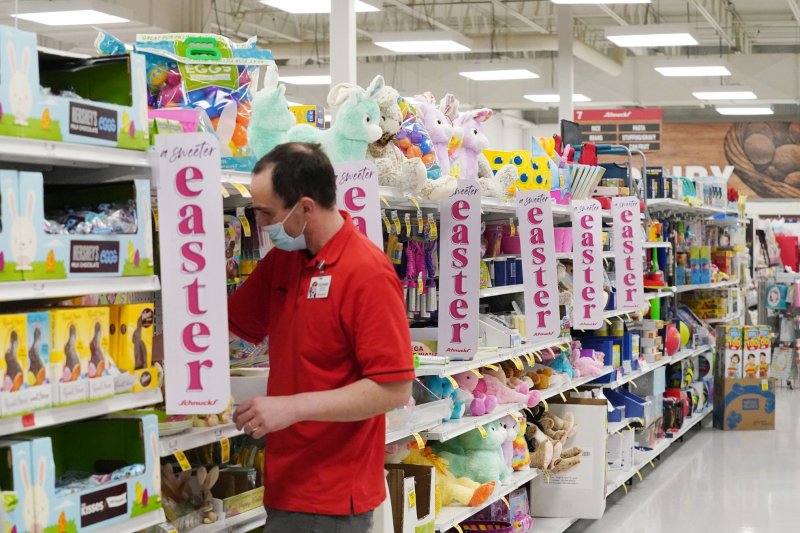 March 31 (UPI) -- The United States added some 517,000 new jobs in March, the strongest gain in half a year, according to a private-sector assessment released Wednesday.

ADP and Moody's Analytics said in its monthly report that the largest gains were in midsize businesses, 188,000, with small companies adding 174,000 jobs and large companies added 155,000.

By sector, the service industry saw the greatest increase, with 437,000, including 169,000 jobs in the leisure and hospitality industry and 92,000 in the trade/transportation/utilities industry. Only the information industry saw a decline -- 7,000 jobs lost in March.

"This sector has the most opportunity to improve as the economy continues to gradually reopen and the vaccine is made more widely available. We are continuing to keep a close watch on the hardest hit sectors but the groundwork is being laid for a further boost in the monthly pace of hiring in the months ahead."

The 517,000 new jobs was a marked improvement over recent months' gains. After a September spike of 821,000 new jobs, the monthly figure declined to an overall loss of 75,000 jobs in December.

Nearly 700,000 workers filed for new unemployment benefits Thursday, the lowest weekly figure since the start of the pandemic. The Labor Department said there were 3.9 million continuing claims, with a 2.7% unemployment rate.

U.S. News // 1 hour ago
Attempted murder suspect on the run still using dating apps
Jan. 29 (UPI) -- A Nevada man accused of attempted murder and torturing a woman in Oregon is on the run and still active on dating sites, police say.

U.S. News // 5 hours ago
6 killed, more injured in New York bus crash
Jan. 29 (UPI) -- Six people are dead and another three are injured after a box truck and a bus collided head-on in New York.

U.S. News // 5 hours ago
Jewish family sues NYC's Guggenheim Museum seeking return of Picasso painting
Jan. 29 (UPI) -- A Jewish family has filed a lawsuit against the Guggenheim Museum in New York City seeking the repatriation of an iconic painting by Pablo Picasso that they allege was sold to allow the family to escape Nazi Germany.