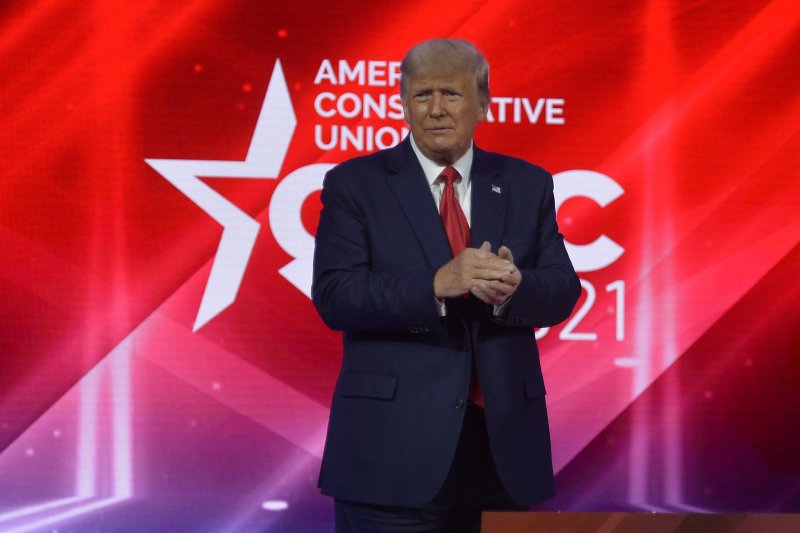 All three committees have referenced Trump in recent emails asking for donations to increase their coffers as they work to win back control of Congress in midterm elections.

On Friday, for example, the RNC sent two fundraising emails asking those who considered themselves "President Trump's most loyal SUPPORTERS" to virtually sign "the Official Trump 'Thank You' Card."

Politico also noted that Trump has been angry that those groups have used his name to support Republicans who voted to impeach him earlier this year.

On Saturday the outlet reported that Trump plans to actively campaign against Sen. Lisa Murkowski, R-Alaska.

"She represents her state badly and her country even worse. I do not know where other people will be next year, but I know where I will be - in Alaska campaigning against a disloyal and very bad Senator," Trump said in a statement.

Trump has continued to assert himself as the party's leader as recently as last month, when he told attendees at the Conservative Political Action Conference that his movement was just getting started and multiple speakers affirmed him as the future of the party.

During his CPAC speech he also said he would be "actively working to elect strong, tough and smart Republican leaders."

U.S. News // 1 hour ago
Facebook allows users to ask Oversight Board to remove content
April 13 (UPI) -- Facebook on Tuesday announced a change that will allow users to petition its Oversight Board to have flagged content removed from the social platform.

U.S. News // 6 hours ago
Biden honors slain Capitol officer: 'When will defies fear, that is heroism'
April 13 (UPI) -- U.S. Capitol Police officer William "Billy" Evans, who was killed during an attempted building breach this month, is lying in honor Tuesday in the Capitol Rotunda.

U.S. News // 2 hours ago
Rise in consumer prices in U.S. in March highest since 2012
April 13 (UPI) -- Consumer prices during the month of March increased more than most economists predicted, according to monthly figures released by the Labor Department on Tuesday.

U.S. News // 3 hours ago
Asian ride-share app Grab set for record $40B debut on Wall Street
April 13 (UPI) -- Singapore ride-hailing startup Grab announced on Tuesday that it plans to go public with the help of a special purpose acquisition company that would value the company at about $40 billion.

U.S. News // 6 hours ago
NCAA will not hold events in states that discriminate against trans students
April 13 (UPI) -- The National Collegiate Athletic Association Board of Governors said it will only hold college championships in states where transgender student-athletes can participate without discrimination.