The committee voted 15-7 early Monday afternoon to advance Garland's candidacy. Next, the Democratic-held Senate will hold a floor vote, likely this week, in the final step and is expected to approve the nomination. If confirmed, Garland will be sworn in immediately.

Garland, nominated to the post of U.S. attorney general almost two months ago, appeared before the committee for a confirmation hearing last week and signaled his planned approach to the job.

He said that, if confirmed, his top early priority would be overseeing the prosecution of rioters involved in the attack on the U.S. Capitol building on Jan. 6. He also signaled that federal prosecution will not be limited only to those who physically participated in the assault.

"I will supervise the prosecution of white supremacists and others who stormed the Capitol on Jan. 6 -- a heinous attack that sought to disrupt a cornerstone of our democracy: the peaceful transfer of power to a newly elected government," he told the panel.

"We will pursue these leads, wherever they take us."

Garland also said other Justice Department priorities under his leadership will be addressing racial and social inequalities and an upswing of violent crimes in large U.S. cities. He also promised that the department will not be politicized like it was under former President Donald Trump, who was repeatedly accused of using the top-level government institution as his personal legal apparatus.

At his confirmation, Garland also said his Justice Department would be open to new federal-level gun control measures, so long as they are consistent with the law.

Since 1997, when he was appointed by former President Bill Clinton, Garland has been a judge on the U.S. Court of Appeals for the District of Columbia Circuit. He was the court's chief judge between 2013 and last year when his seven-year term ended.

Garland, 68, first rose to prominence as a potential Supreme Court nominee in 2009 and 2010 for vacancies that ultimately went to Sonia Sotomayor and Elena Kagan, respectively. He surfaced again in early 2016 when he was officially nominated by former President Barack Obama to replace late Justice Antonin Scalia.

Senate Republicans, however, denied Garland a vote and argued then that whoever won that November's presidential election should choose Scalia's replacement -- a position they abandoned last September when the death of Justice Ruth Bader Ginsburg brought about the same scenario.

U.S. News // 1 hour ago
Facebook allows users to ask Oversight Board to remove content
April 13 (UPI) -- Facebook on Tuesday announced a change that will allow users to petition its Oversight Board to have flagged content removed from the social platform.

U.S. News // 6 hours ago
Biden honors slain Capitol officer: 'When will defies fear, that is heroism'
April 13 (UPI) -- U.S. Capitol Police officer William "Billy" Evans, who was killed during an attempted building breach this month, is lying in honor Tuesday in the Capitol Rotunda.

U.S. News // 2 hours ago
Rise in consumer prices in U.S. in March highest since 2012
April 13 (UPI) -- Consumer prices during the month of March increased more than most economists predicted, according to monthly figures released by the Labor Department on Tuesday.

U.S. News // 3 hours ago
Asian ride-share app Grab set for record $40B debut on Wall Street
April 13 (UPI) -- Singapore ride-hailing startup Grab announced on Tuesday that it plans to go public with the help of a special purpose acquisition company that would value the company at about $40 billion. 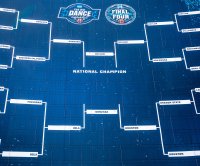 U.S. News // 6 hours ago
NCAA will not hold events in states that discriminate against trans students
April 13 (UPI) -- The National Collegiate Athletic Association Board of Governors said it will only hold college championships in states where transgender student-athletes can participate without discrimination.