The Airbnb logo is displayed outside at the Nasdaq Exchange in Times Square in New York City. File Photo by John Angelillo/UPI | License Photo

The first-day price gain from its IPO ranks Airbnb as the No. 10 best debut in 2020, CNBC reported.

At $146 per share on its first day of trading Thursday, the market capitalization for the home rental operator rose to $87 billion beating the market cap of competitors.

"Now that people are coming to Airbnb, they don't necessarily have a destination in mind or dates, because they're flexible. We're all obviously on Zoom, and so people are saying, 'I want to go anywhere 300 miles around me, what can you show me," Airbnb CEO Brian Chesky told CNBC ahead of the IPO. "Now we're going to be getting a little bit more into the game of inspiration and matching people to the perfect home experience for them."

Airbnb's performance led to comparisons with the first internet bubble that peaked more than two decades ago, but a San Francisco data analytics group, Snowflake, may be 2020's biggest IPO success as its stock market value surpassed $120 billion this week, Financial Times reported.

"Even though [Airbnb had] obviously been hurt by the pandemic, as has all travel, it stands to really get most of the early tail winds as people start coming out of hiding," Max Gokhman, head of asset allocation at Pacific Life Fund Advisors told Financial Times.

U.S. News // 4 hours ago
Joe Biden expected to quickly sign orders on COVID-19, climate change, DACA
Jan. 20 (UPI) -- After he's sworn in Wednesday as president, Joe Biden is expected to sign executive orders that will set the tone for his new administration -- including several that will aim to reverse moves by President Donald Trump. 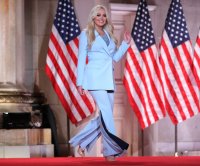