Georgia senators call for secretary of state to resign

"There have been too many failures in Georgia elections this year and the most recent election has shined a national light on the problems," the senators wrote. "The secretary of state has failed to deliver honest and transparent elections. He has failed the people of Georgia and he should step down immediately."

Perdue and Loeffler will go into runoff elections against their respective Democratic challengers Jon Ossoff and Raphael Warnock as none of the candidates in either race secured at least 50% of the vote during last week's election.

Raffensperger issued his own statement saying he would not resign and declaring the election a "resounding success," citing low wait times and high turnout.

"I know emotions are running high. Politics are involved in everything right now," he said. "If I was Senator Perdue, I'd be irritated I was in a runoff. And both senators and I are all unhappy with the potential outcome for our president. But I am the duly elected secretary of state. One of my duties involves helping to run elections for all Georgia voters. I have taken that oath and I will execute that duty and follow Georgia law."

Raffensperger also said, however, that he believes there was "illegal voting" and that his office is investigating it.

"Does it rise to the numbers or margin necessary to change the outcome to where President [Donald] Trump is given Georgia's electoral votes? That is unlikely," he said.

Last week, Georgia officials announced the state would conduct a recount due to the smaller than 0.5% between the candidates.

U.S. News // 31 minutes ago
Lawmakers ask NFL for findings of Washington team probe after Gruden emails
Oct. 22 (UPI) -- Two House lawmakers are asking the NFL for documents relating to the workplace culture of the Washington Football Team, just two weeks after the team's president was linked to emails from disgraced coach Jon Gruden.

U.S. News // 4 hours ago
CDC approves Moderna, J&J COVID-19 boosters, mixing and matching doses
Oct. 22 (UPI) -- Tens of millions of additional Americans will now be able to get a COVID-19 booster shot after the CDC authorized extra doses of the vaccines produced by Moderna and Johnson & Johnson. 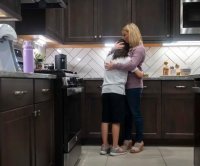