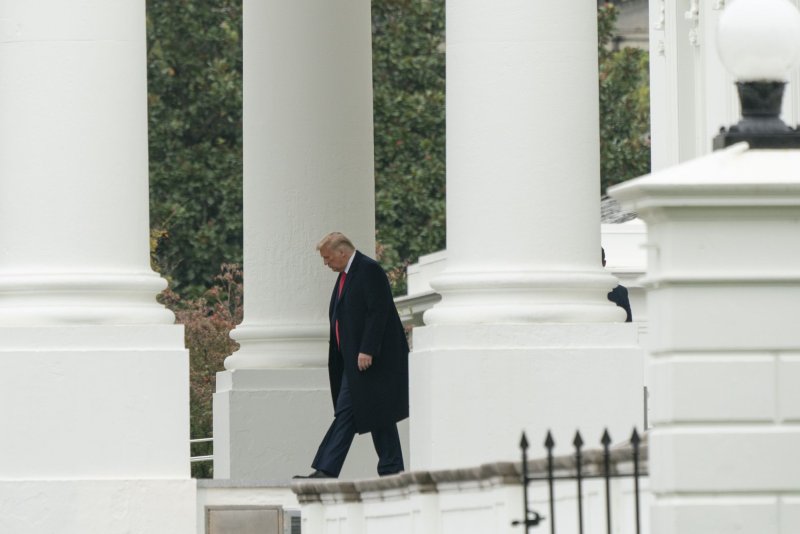 The rallies drew thousands of attendees, with few wearing masks, in Allentown, Lititz and Martinsburg.

In Thursday's debate, Biden said he wanted the United States to "transition" from dependence on the oil industry, ban oil drilling on federal lands and cease subsidies for oil and gas. At a campaign stop Monday in Chester, Penn., Biden said, "Let me make it clear, I'm not shutting down oil fields and I'm not eliminating fracking. I'm investing in clean energy and we'll make sure we don't continue to subsidize pollution."

Trump also attacked Pennsylvania Gov. Tom Wolf in Allentown where he said the governor's pandemic gathering rules had made finding a venue difficult. Wolf and the state health department have worked to limit inside gatherings to 25 people and outdoor events to 250, which the Trump rallies, with thousands of participants, far exceeded.

Trump told the crowd Wolf would be among governors asking for emergency aid at some point.

As for the coronavirus, Trump again repeated his claim that the United States was "rounding the turn" in the fight against the virus.

"I got it, and I'm here," he said. Trump's chief of staff Mark Meadows said Sunday that the United States "is not going to control" the virus and would have to rely on therapeutics and a vaccine.

In rural Lancaster County, Trump praised the work ethic of the "Pennsylvania Dutch" and four bearded men behind him wearing Amish-style hats gave the president the thumbs up. The men wore jackets with zippers, and one had an earbud, both sartorially unusual for Amish citizens.

The battleground state of Pennsylvania and its 20 electoral votes carry weight in the path to victory for either the Democrats or Republicans this election.

According to the U.S. Elections Project website, early voting in Pennsylvania is favoring the Democrats more than 3 to 1 as of this week, with Democrats returning 1,193,887 ballots, Republicans returning 355,317 and Independents returning 152,057.

U.S. News // 15 hours ago
Arizona secures supplier for death penalty drug
March 6 (UPI) -- Arizona announced this week it's found a supplier of pentobarbital, a sedative used in lethal injections, and is prepared to resume executions after a nearly seven-year hiatus.

U.S. News // 11 hours ago
Judge rules recent ERA ratifications came too late to count
March 6 (UPI) -- A federal district judge ruled Friday that the deadline to ratify the Equal Rights Amendment "expired long ago" and that that three states' recent ratifications of the amendment do not count.

U.S. News // 20 hours ago
Major warmup on the way for millions across the central, eastern U.S.
After multiple one-day teases of springlike warmth amidst an overall chilly end to meteorological winter, good news is in store for many fans of warm weather across the central and eastern United States.