Romney said in a statement he's decided to "follow the Constitution" and "precedent."

"My decision regarding a Supreme Court nomination is not the result of a subjective test of 'fairness' which, like beauty, is in the eye of the beholder. It is based on the immutable fairness of following the law, which in this case is the Constitution and precedent," Romney said.

"The historical precedent of election year nominations is that the Senate generally does not confirm an opposing party's nominee but does confirm a nominee of its own."

Two Republican senators have said they won't vote for Trump's nominee amid a push by Democrats for GOP senators to follow their precedent four years ago when they refused to give President Barack Obama's nominee, Merrick Garland, a vote -- behind the rationale that with a vacancy so close to an election, voters should first choose a president before that president makes a nomination.

Democrats needed two other Republican senators to agree to apply that standard to block whoever Trump names to fill the seat held by the liberal Ginsburg, who died Friday.

Romney, who was the lone Republican to vote against Trump in his impeachment trial earlier this year, was considered a must-have for Democrats to succeed in blocking an appointment.

Trump's nominee will require a simple majority for confirmation. The time frame is typically two to three months, but Senate Republican leader Mitch McConnell could fast-track the process.

Trump said Tuesday he will name his nominee on Saturday. Federal appeals court judges Amy Coney Barrett and Barbara Logoa are believed to be on his list of five finalists.

Ginsburg, who was appointed to the high court by President Bill Clinton in 1993, transcribed a request before her death that her successor not be decided until after the election. Her body will lie in repose at the Supreme Court on Wednesday and Thursday, and she will lie in state at the U.S. Capitol on Friday. 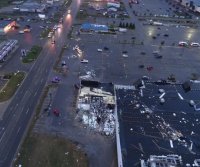 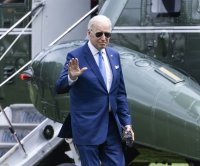 U.S. News // 15 hours ago
Fake heiress Anna Sorokin debuts prison drawings while in ICE custody
May 20 (UPI) -- Anna Sorokin, the convicted scammer who pretended to be an heiress named Anna Delvey, has unveiled a pop-up show of her prison drawings made while in the custody of U.S. Immigration and Customs Enforcement. 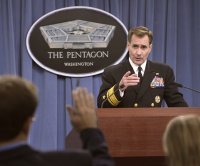