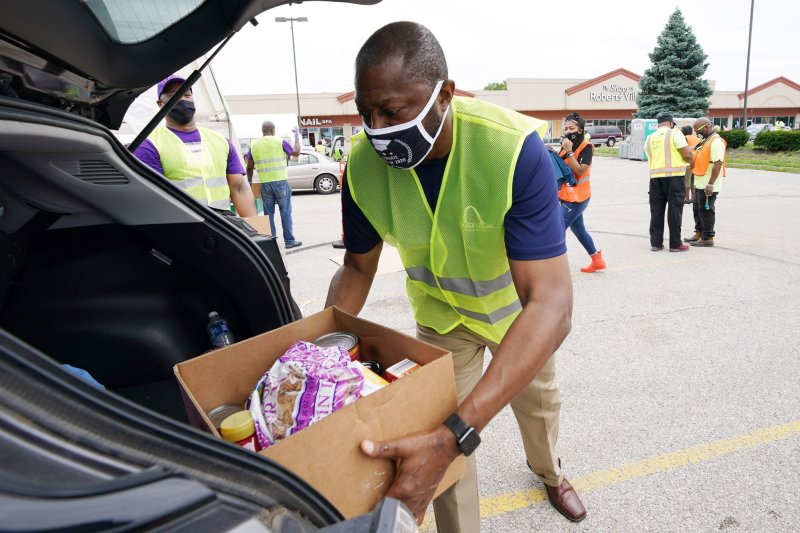 The new cases raised the total U.S. caseload to 4.668 million since the start of the pandemic, according to updated data Monday by researchers at Johns Hopkins University. There have been 154,800 deaths.

Deaths were also down Sunday, according to the COVID Tracking Project, which listed about 500 -- down from an average of 1,100 the week prior.

In Georgia, the state's largest school district said 260 employees have tested positive or are in quarantine.

Gwinnett County reported nearly 17,800 cases and 2.000 hospitalizations Sunday and is one of the most severely affected areas in Georgia.

"Through tracing, we know that the majority of these cases are the result of community spread, meaning we have people who have called in to report who have not been at school or work," district spokeswoman Sloan Roach said.

In Nevada, the state Legislature approved a measure Sunday guaranteeing that registered voters will receive a mail-in ballot for November's general election -- a measure opposed by President Donald Trump, who last week voiced support for delaying the election. Only Congress can delay an election and virtually no lawmakers have supported Trump's idea.

Gov. Steve Sisolak is expected to sign the measure into law.

"We should be doing everything we can to allow people to vote and vote safely," state Sen. Nicole Cannizzaro said. "This bill is absolutely not an opportunity to create fraud in our elections, our to allow for ballot harvesting."

Trump again complained about the issue on Monday.

"Nevada's clubhouse governor made it impossible for Republicans to win the state," he tweeted. "Post Office could never handle the traffic of mail-in votes without preparation. ... See you in Court!"

U.S. News // 7 hours ago
Former Army reservist convicted of being Chinese agent
Sept. 27 (UPI) -- A former U.S. Army reservist was convicted of acting within the United States as an illegal agent of the People's Republic of China, the Justice Department confirmed on Tuesday.

U.S. News // 14 hours ago
FEMA to Florida residents: Don't underestimate Hurricane Ian's strength
Sept. 27 (UPI) -- Evacuations have stepped up along the Florida Gulf Coast and Tampa Bay as Hurricane Ian intensifies to a Category 3 hurricane ahead of its expected landing in the Sunshine State.