July 24 (UPI) -- Gonzalo was downgraded to a tropical depression after it passed over the Trinidad and Tobago region Saturday.

In its 2 p.m. update Saturday, the National Hurricane Center said Gonzalo was 80 miles northwest of Trinidad, traveling west at 20 mph.

"In the case of Gonzalo, because it is so small to begin with, wind shear and dry air could literally tear the storm apart in the coming days, and there is a chance it dissipates entirely over the Caribbean," AccuWeather senior meteorologist Adam Douty said.

AccuWeather Local StormMax winds of 70 mph are predicted, and winds of that magnitude are strong enough to knock over trees, cause minor property damage and lead to sporadic power outages, should the core of the storm pass directly over some of the islands.

Some locally gusty squalls are expected to occur farther away from the center, but these are likely to be more sparse and sporadic.

"There can still be some fluctuation in strength, and it may pulse a bit into early Saturday, but we now believe that Gonzalo will not be any stronger than a 70-mph tropical storm," Douty said.

Gonzalo is expected to be less than 1 on the AccuWeather RealImpact Scale for Hurricanes over the Windward Islands.

Forecasting the exact intensity of a tropical storm or hurricane is one of the most challenging aspects of weather forecasting as there are many variables that can come into play, including thunderstorm development near the center of the storm which can cause fluctuations in strength.

A weak tropical cyclone, such as Gonzalo, is more likely to track on a more westerly path, rather than a northwest path in this case. And it is possible the forecast track of Gonzalo may shift farther south over time as a result.

Other islands potentially in the path of the small storm with its gusty winds and rain squalls this weekend include Margarita and Tortuga in the Leeward Antilles.

Bathers and boaters should avoid the ocean waters until the storm has passed. Enough downpours can occur on some of the southern Windward Islands to lead to flash flooding and mudslides. A general rainfall of 2-4 inches is still expected with an AccuWeather Local StormMax of 6 inches.

Interests in the Caribbean should continue to monitor the progress of Gonzalo with the low chance that the storm could hold together while moving on a west-northwest path into next week.

The Atlantic hurricane season has spawned eight tropical depressions, all eight of which organized further into tropical storms as of Friday. Several storms this season have been record setters the basin, with Hanna being the most recent to clinch a new record.

Tropical Depression Eight strengthened enough to be named Tropical Storm Hanna in the Gulf of Mexico on Thursday evening, July 23, becoming the earliest "H" storm in recorded history. The previous record was Harvey from Aug. 3, 2005. Gonzalo had developed two days prior to the previous record for the "G" named storm in the Atlantic, beating out Gert from 2005.

Three tropical storms that proceeded Gonzalo -- Cristobal, Edouard and Fay -- had also been the earliest storms of their respective letters in the Atlantic. Cristobal beat out Tropical Storm Colin, which developed on June 5, 2016, whereas Edouard and Fay both formed earlier than previous record holders from the historic 2005 season. Dolly was the second-earliest "D" named storm ever in the basin.

Arthur and Bertha, as well as Dolly, formed in the same near-coast waters of the eastern United States this season. Both Arthur and Bertha formed in May, prior even to the official start of hurricane season on June 1.

While Gonzalo likely missed its chance at becoming a hurricane, Hanna could strengthen to hurricane status before making landfall in Texas early this weekend and become the first hurricane of the 2020 Atlantic season as a result.

AccuWeather is projecting the busy nature of the season to continue with up to 20 named tropical storms, seven to 11 hurricanes and four to six major hurricanes -- Category 3 or higher.

Three U.S. landfalls are already in the books for 2020 -- and the heart of the hurricane season does not occur until around Sept. 11. Stay up-to-date with the latest tropical news by visiting the AccuWeather hurricane center.

World News // 9 minutes ago
German radio host under fire for calling K-pop's BTS 'crappy virus'
Feb. 26 (UPI) -- A German radio host is being accused of racism after suggesting the chart-topping musicians be exiled to North Korea.

World News // 9 hours ago
EU expels Venezuelan ambassador from bloc in sanctions rift
Feb. 25 (UPI) -- Member states of the European Union agreed on Thursday to expel the Venezuela ambassador from the intergovernmental body. 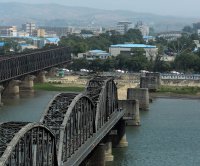 World News // 22 hours ago
Singaporean who murdered maid should face heavier penalties, authorities say
Feb. 25 (UPI) -- Singaporean authorities are seeking the highest charges against a local woman who allegedly beat, immolated and threw her Myanmar housemaid "like a ragdoll." 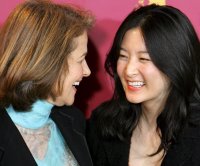