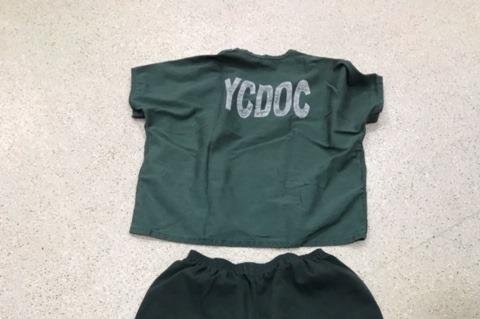 The inmates had used a table inside the annex to break open an exterior fire door, Yakima County Sheriff's Office said in a Facebook post. Eight of them were captured and are back in jail while six remain at large.

The Yakima Health District has reported as of last night's update that 41 people in the county are confirmed or presumed to the have the coronavirus.

Yakima County Department of Corrections Director Ed Campbell told NBC News the jail, which has about 800 inmates, is strictly following Centers for Disease Control and Prevention and state health protocols.

Campbell added that four inmates were tested and no inmate or staff has tested positive for the virus.

"We are continuing to monitor all in-custody inmates and if any show any signs would quarantine them in a negative air-flow unit and have them tested," Campbell said.

The escapees' charges include theft, assault, resisting arrest, possession of a firearm and drug offenses.

RELATED ICE to stop conducting most arrests during COVID-19 crisis

The Washington State Patrol and U.S. Marshals Service have been assisting in the search effort.

U.S. News // 14 minutes ago
U.S. again renews sanctions waivers for foreign Iran nuclear work
March 31 (UPI) -- The Trump administration has renewed a group of sanctions waivers to allow U.S. and foreign companies to do business with Iran's nuclear program for another 60 days.

U.S. News // 50 minutes ago
Taco Bell, other chains giving food, discounts amid coronavirus crisis
March 31 (UPI) -- National restaurant chain Taco Bell expects to give away more than 1 million free tacos on Tuesday in a bid to promote safety amid the coronavirus crisis in the United States.

U.S. News // 5 hours ago
Judges in 3 states block abortion bans amid pandemic
March 31 (UPI) -- Federal judges in Alabama, Ohio and Texas blocked the states from enforcing a ban on abortions during the coronavirus pandemic.

U.S. News // 11 hours ago
Temperatures tumble in eastern U.S. to end a warm March on a cool note
March 30 (UPI) -- As the calendar changes from March to April, fluctuating temperatures are expected for the eastern half of the country.